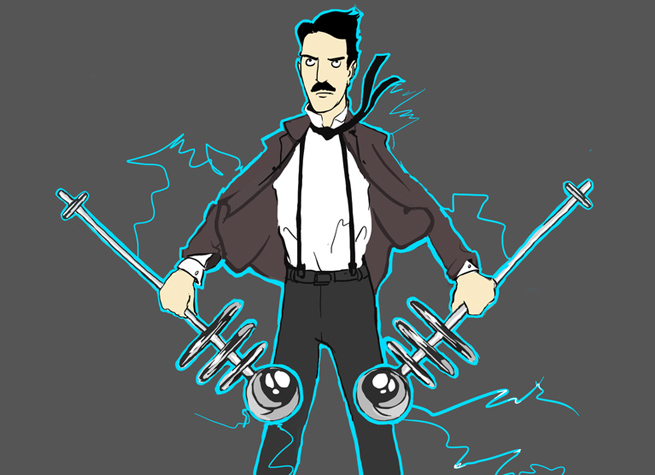 Web comic The Oatmeal has raised an extraordinary $1.1 million on Indiegogo to build a museum dedicated to influential inventor Nikola Tesla.

The Oatmeal creator Matthew Inman announced a little more than a week ago that he would attempt to raise money to save the site of the Wardenclyffe Tower. This tower in Shoreham, N.Y. was Tesla’s incomplete masterpiece intended for trans-Atlantic wireless power transmission.

While the tower has since been demolished, Inman and others want the 16-acre site for a museum. The United States doesn’t have a Tesla museum, so a “Nikola Tesla Science Center” sounds like a smart idea.

“At its peak, the campaign was raising $27,000 per hour, crashing Indiegogo, and probably setting some kind of land-speed record in awesomeness,” Inman wrote in a blog post.

The state government of New York will match the first $850,000 raised, so the project actually has $1.95 million in the bank so far. The more money that goes into the project, the sooner a Tesla museum could become a reality.

You can read more about Tesla via The Oatmeal’s enthusiastic comic strip. If you want even more on Tesla, check out the book Tesla: Man Out of Time by Margaret Cheney.