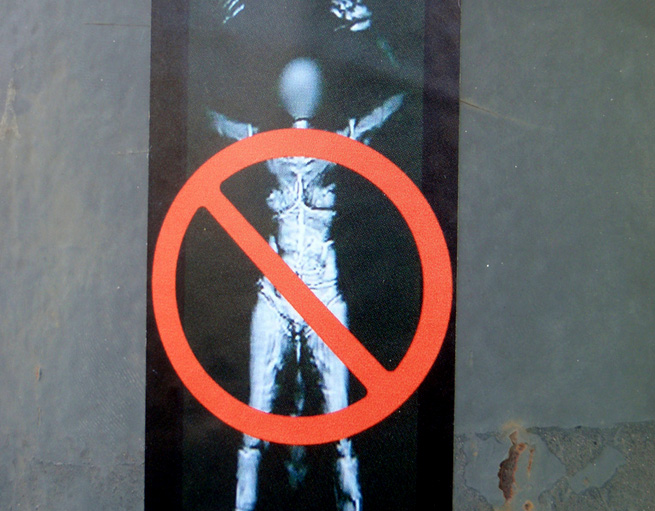 Good news for those who felt Transportation Security Administration officers were getting to know them a little too well. The TSA will soon remove all body scanners that show nearly nude images of people trying to board flights.

The TSA decided to end a $5 million contract with OSI’s Rapiscan Systems unit after it couldn’t meet congressional demands to make the images less revealing. Rapiscan apparently couldn’t figure out how to make its software display less nakedness while still showing security threats.

“It became clear to TSA they would be unable to meet our timeline,” Karen Shelton Waters, the TSA’s assistant administrator for acquisitions, told Bloomberg. “As a result of that, we terminated the contract for the convenience of the government.”

The TSA got rid of 76 of Rapiscan’s machines in 2012 and will now remove the 174 machines that are left in U.S. airports. While those machines are on the way out, airports will still have body scanners — just ones that don’t show you in the buff.

Unfortunately for government employees, however, the machines will not be going out of use completely. The body scanners will apparently move to other government agencies. So the next time you walk into a government building with a scanner, you might be showing the security guard how excited you are to be there.