What would have happened if Microsoft didn’t skip straight from Windows 3.x to Windows 95? Apparently, Windows 93.

Late last night, French digital artists Jankenpopp and Zombectro announced on Reddit that the “operating system” Windows 93 is finally complete. First teased in October 2014, this browser-based creation brings together the unstableness of early Windows versions with the hilarity of the Internet.

While you will suddenly find yourself double-clicking a lot, it should be noted that Windows 93 does work surprisingly well on mobile devices. After the PlayStation bootup sound plays to let you know you’ve logged in, you’ll be quickly taken to the desktop:

It won’t be long, however, before you’re taken to the not-so-centered blue screen of death (BSOD) error: 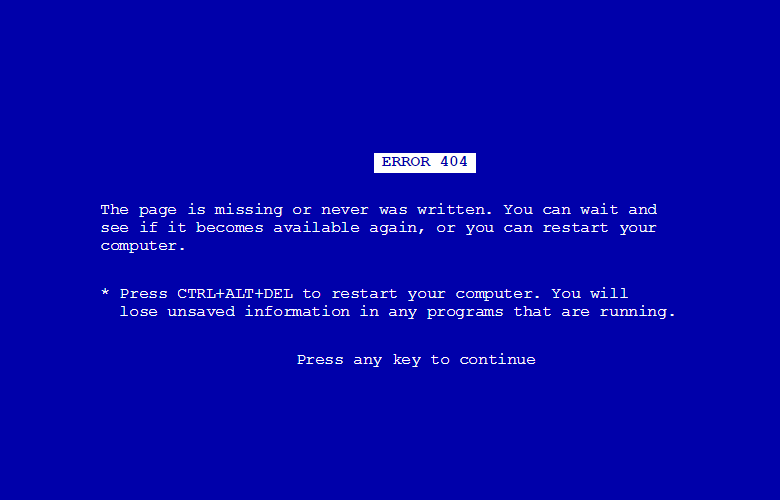 Windows 93 perfectly blends together apps that actually work surprisingly well with apps that never, ever work. It’s not even clear from the names (Piskel is almost better than Paint, while Zkype doesn’t function at all) what exactly you should expect.

There is a lot to play around with, though you should be warned that this isn’t just a visual masterpiece: Your ears will be inundated as well. Windows 93 has a lot of functionality too, including interesting tools and games, but mainly these are jokes layered on top of more jokes.

As you’re calmly exploring the OS, you will sometimes find that out of nowhere, it suddenly crashes. Just like the old days!

If all of this isn’t enough for you, read about Windows 93 over at Uncyclopedia, the content-free encyclopedia.

To be honest, we’re a little sad Windows 93 can’t be installed on a PC. There is, however, a virtual PC function that lets you run Windows 93 inside Windows 93.