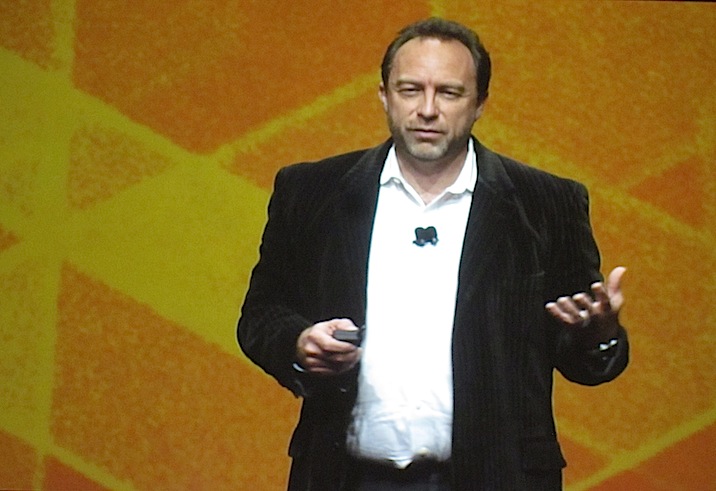 Just like the rest of the security community, Jimmy Wales, founder of Wikipedia, is worried about state-sponsored cyber attacks. The Wikipedia founder refuses to put up with censorship and is rallying for an open Internet that gives everyone free and unfettered access to information.

“The rise of state-sponsored attacks against companies is something we do worry about,” said Wales in an interview with VentureBeat. “Security is very important for us because if an authoritarian state wants to de-anonymize an account, that’s the type of attack we can expect.”

Wales said that, while Wikipedia hasn’t completely escaped being poked and probed by hackers on the Internet, it hasn’t been a huge target. Wikipedia doesn’t store credit card numbers or a lot of personally identifiable information. But Wales’ organization does hold information that countries, such as China, have been known to block. People contributing information about topics related to those countries could be interesting targets.

“I think in many cases our first job is to be as well-known as possible so that if you shut [us] down it’s a big deal,” he said.

As far as China goes, Wales said the Wikipedia relationship has been growing. China recently blocked Wikipedia’s website wholesale. Now, select pages are allowed through, which Wales attributes to conversations the organization has had with China.

But Wales promises that Wikipedia will never cooperate with censorship. He was disappointed when Google decided to enter China and made compromises in order to stay there because it believed that it could do more good being in China than staying out of the market completely.

“Wow, if Google will do this, someone really has to stand up and say that is not right,” said Wales during a presentation at the RSA Conference in San Francisco. “Thank goodness Google has come to their senses and pulled out of China, which I think is the right thing to do.”

He said he is impressed with a number of security technologies that support privacy and freedoms of speech. One of them is encryption, which Wales calls “a driver for human rights.” Encrypted messaging apps such as Wickr and Silent Circle are examples of this type of technology; they allow anyone to send messages and, in some cases, make encrypted calls that will never be saved on a sever.