From the mind of eccentric playboy John McAfee — founder of McAfee Antivirus — comes a “new and revolutionary technology” that will reclaim our lost privacy, he says, and restore the capability of college students to get all the free movies and music they want.

“I cannot imagine any college student not standing in line to buy one of these,” he said.

The product is a $100 “D-Central” gadget that will enable its users to create a small local-area wireless network dynamically, which people can use to communicate and share anonymously without the risk of being tapped by the NSA, the FBI, or any other three-letter agency, McAfee said.

He’s been working on this product for years, slowly, but with increasing speed in the past few months.

“I can’t get out of security … and we don’t have much anymore,” McAfee said in a recorded interview in San Jose last week. “The NSA helped create every single encryption algorithm that we use, and therefore, they can get access to whatever they want.”

The device does not replace the Internet, but it adds another layer to it — a lower layer.

Every local network created with D-Central would be in constant flux, either privately or publicly, with users joining and leaving as they choose and as their location changes. D-Central will communicate with your Android or iPhone smartphone, tablets, and laptops, and it would have the capability to tell new joiners what files you might want as well as share any files you have — MP3, videos — with friends, acquaintances, and complete strangers. 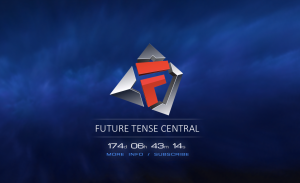 “It doesn’t ask who you are,” he said. “It doesn’t even know who you are … there is no way to tell who is doing what, when, and where.”

Clearly, this is one of the recording industry’s worst nightmares, but McAfee says that if it becomes illegal in the U.S., he will simply sell it overseas. D-Central has a unique and novel encryption method, one which the NSA and other surveillance agencies have never seen.

The product is six months away from shipping, McAfee said.

It’s not just the NSA McAfee is worried about. He said that, with just a little bit of personal information, black-hat hackers — such as himself — can within three days “turn on a camera” on your laptop and watch you do whatever you’re doing.

“The hackers of the world — they have enormous power — they can get anything they want,’ McAfee said. “If I can do it, any idiot can do it.”

McAfee came to public attention recently in a not-safe-for-work video about how to uninstall the antivirus software that still bears his name. He no longer owns that company, but the 68-year-old self-described drug experimenter and philanderer still seems to have the passion to create and build companies.

“I’ve dreamed of retiring since I was 16, but retirement is almost impossible for me … I just cannot retire, no matter how hard I try.”

The question, of course, is whether such an eccentric genius who said he had likely done more drugs than the entire room of listeners could probably carry still has the capability to put together a quality, functioning gadget — and the company that can commercialize it.