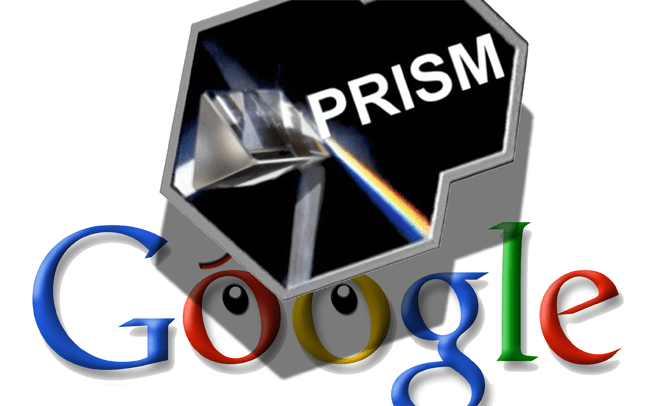 Reports of  widespread government surveillance aren’t a problem for just you– they’re a nightmare for Google as well.

Since the initial PRISM reports dropped earlier this month, Google and other tech companies have struggled to distance themselves from the claims that they give government agencies direct access to their servers.

To dispel these fears, Google asked the government yesterday to allow it to disclose how many Foreign Intelligence Surveillance Act (FISA) requests it receives. Google’s goal? To show just how limited of a relationship it has with government agencies like the National Security Agency (NSA).

While the move was obviously an important one for Google, what’s more notable is that Google made no attempt to hide why it cared so much about the PRISM paranoia: It’s killing the company’s image.

“Google’s reputation and business has been harmed by the false or misleading reports in the media, and Google’s users are concerned by the allegations. Google must respond to such claims with more than generalities,” the company said in yesterday’s filing.

Above: Edward Snowden is making it a tad tougher for Google to do business.

Google and its fellow tech companies are in a tough spot. Not only do they have to comply with government requests for user information, but they must also deal with claims from whistle-blowers and journalists that they’re giving that information up without a fight.

The problem for Google, as Google itself notes, is that no matter how misleading PRISM reports get, the law prevents the company from effectively refuting the accusations. Information requests made under FISA come with gag orders, which prevent Google from listing the requests in its annual Transparency Report. This means that while Google can defend itself, its defense largely amounts to “just trust us” as far as FISA is concerned.

For Google, the cure for this whole thing is transparency.

“Google’s numbers would clearly show that our compliance with these requests falls far short of the claims being made. Google has nothing to hide,” Google wrote in a letter to the offices of the Attorney General and the FBI.

For Google, which prides itself on its transparency and openness, its current predicament is an extremely dangerous one to be in. When people stop trusting Google, they stop using Google’s services, choking the company of not only data but advertising revenue as well.

To see where this fear could ultimately go, consider DuckDuckGo, a private search engine that saw its best traffic ever last week. As DuckDuckGo founder Gabriel Weinberg noted, PRISM exposed just how eager people are to find alternatives to Google’s services. “We offer [an alternative] in web search, and there are others that offer it in other verticals. As people find out about these alternatives, they make that choice,” he said.

That sort of thing must scare the pants off Google. PRISM has done more damage to Google’s reputation in a few days than rivals like Microsoft could ever hope to do in a decade. The situation is especially troubling because people are already paranoid about how much data Google collects about them. PRISM, then, is stirring up a perfect storm of fear that Google is trying as hard as it can to dispel.

The company’s basic argument is this: Google has just as much reason to keep the government’s hands off your information as you do.