Skype users have discovered a rather nasty bug in the app. Sending the characters “http://:” (without the quotes) crashes Skype, and receiving a message with those characters makes it crash any time you try to sign in again.

The bug works as described on Windows, Android, and iOS. It does not, however, seem to have any effect on Skype for Mac nor Skype for modern Windows (the touch-friendly Metro app).

We learned of the issue when Skype user “Giperion” posted on it in the community forums. He noted that “clearing chat history not helps, because when skype download chat history from server, it will crash again.” 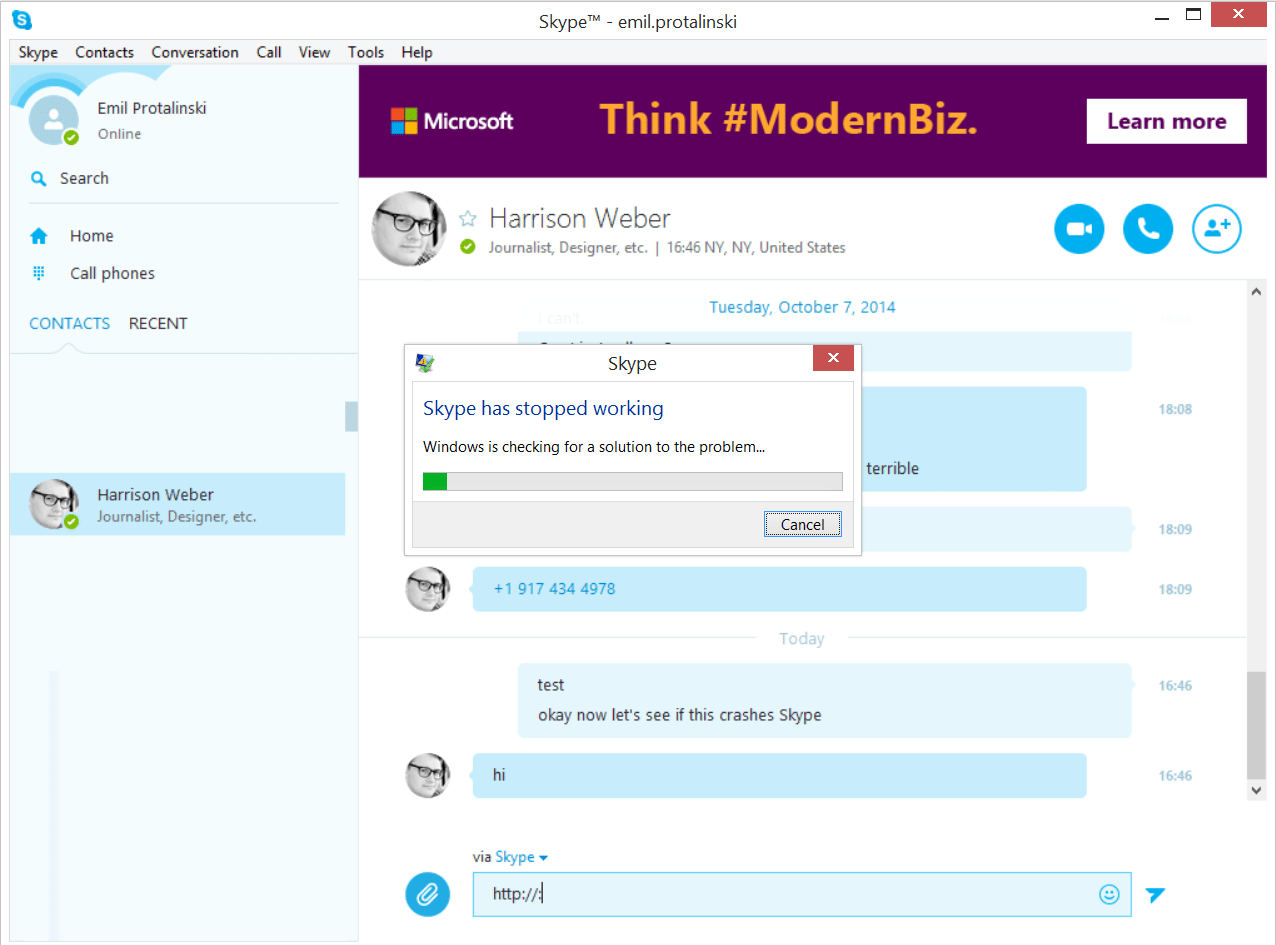 Next, we sent the characters from Skype for Mac to Skype for Windows. This not only crashed the Windows app but it also killed it for good. Now every time I open Skype (which is set to automatically sign me in), it launches and then quickly crashes. 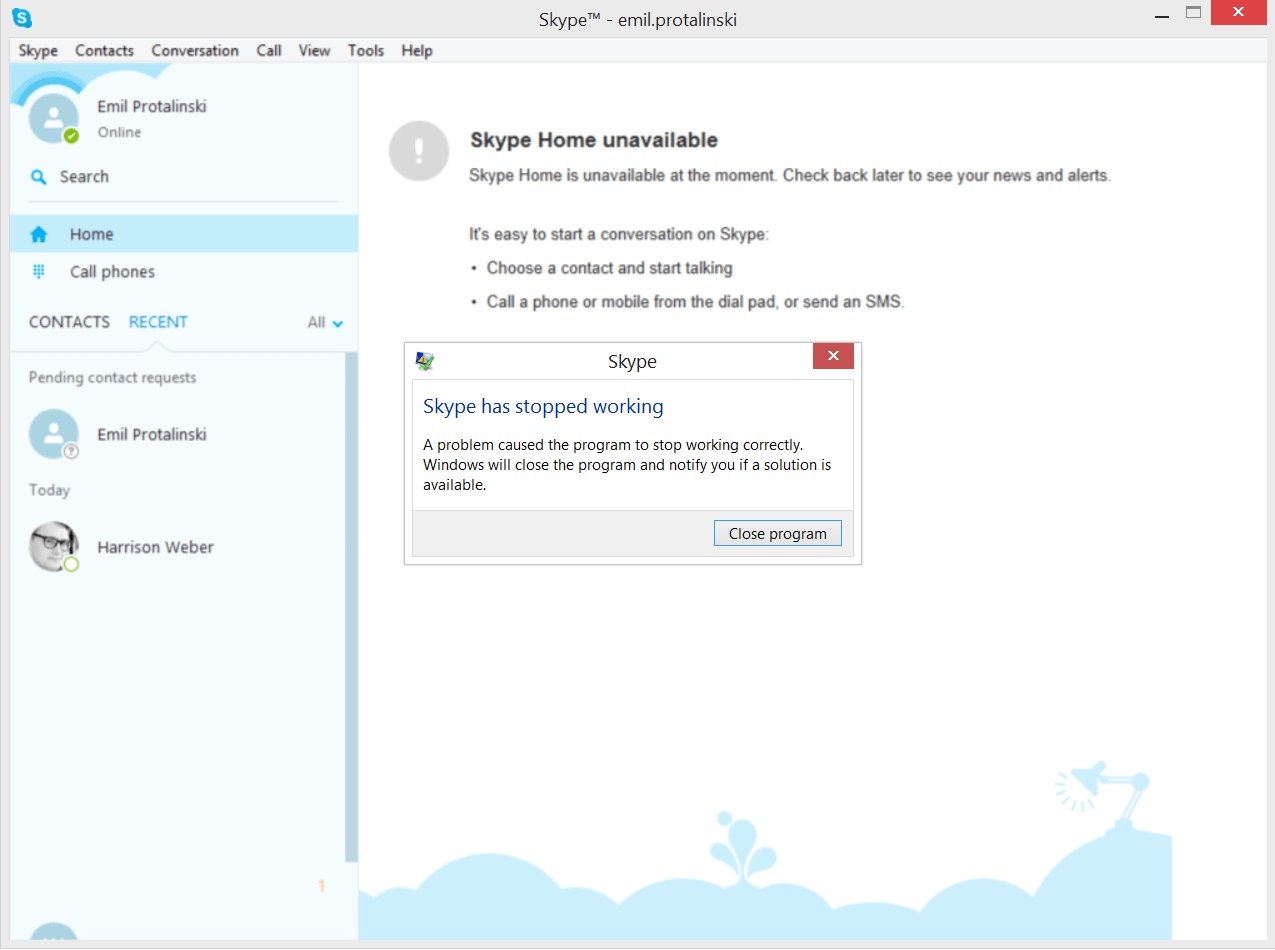 Since this rendered the Windows app useless, we had to test the Android and iOS apps by sending the message from OS X. Skype for Android and iOS both fall into endless crash loops as well.

Interestingly, signing in with the same account that already had the characters in the chat history doesn’t crash the Android and iOS apps. Neither does sending the characters from Android or iOS. It seems that on the mobile platforms, the user has to receive the characters on those platforms for the bug to show its ugly head. We would provide screenshots on Android and iOS too, but the app just exits abrubtly so there’s nothing to show.

Skype user “Lazymax” notes that you can get around the bug if the person who sent you the characters deletes the “bad” message. If you then install an older version of Skype, you can use it again.

This will work on Windows, where you can easily uninstall version 7.x and install version 6.x. On Android and iOS, however, the platforms’ respective app stores ensure that you can only install the latest version.

We have reached out to Skype about this issue and will update you when we hear more.

Update: Skype has confirmed the bug. “We are aware of the problem and are working to provide a resolution,” a Skype spokesperson told VentureBeat.

Update: On some platforms, Skype now filters out the offending characters.

Yet for whatever reason, this doesn’t happen on all platforms and the characters still crash the app.

Update on June 3: Skype has fixed the bug, and in under than 24 hours no less. “We are aware of a Skype issue and have rolled out updates for all impacted products,” a Skype spokesperson told VentureBeat. “More information can be found on our Skype Community Forum.”

There is no need to uninstall Skype; just head to skype.com/download and install the latest version. For Android and iOS, visit your platform’s app store, search for Skype, and hit Update. We tested sending the offending characters and they went through fine.

Oddly, on Windows, the characters don’t get sent over; the message just hangs.

But the app doesn’t crash.