Chris Young will be the CEO of McAfee after the security company spins off from Intel in a deal valued at $4.2 billion. With that, McAfee will become an independent company, 51 percent owned by private equity firm TPG and 49 percent owned by Intel.

Intel acquired McAfee for $7.68 billion in 2010 to beef up its security software and services and to build better security into its hardware. Given Intel’s decrease in value, you could say that deal didn’t work out so well, and the new McAfee has a lot to prove. But Young is optimistic about McAfee’s prospects.

We interviewed Young about the future of McAfee and why it is sticking with that name — given the troubles of John McAfee, who is no longer associated with the company he started in 1987. (McAfee has had a lot of legal troubles, and he wants the name back himself.) 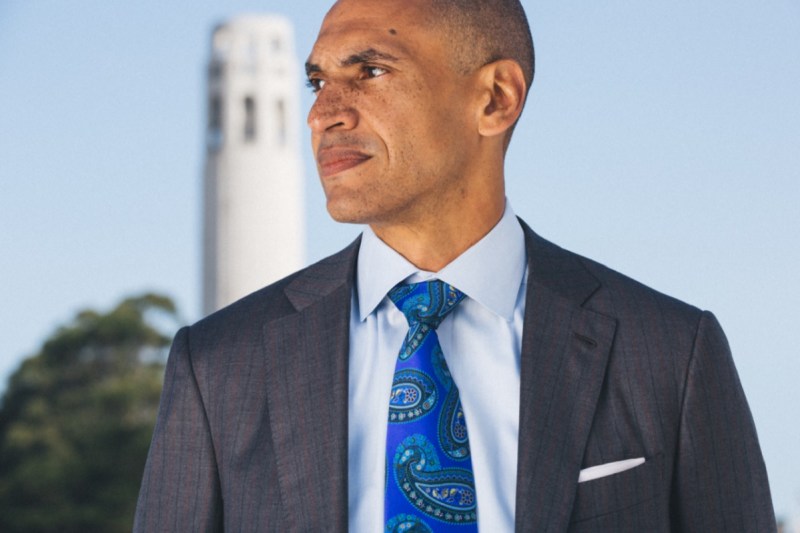 Above: Chris Young is leading the new independent McAfee.

VentureBeat: Can you talk about why you guys are going back outside of Intel?

Chris Young: We announced a couple of weeks ago that Intel signed a deal with TPG. Because of that deal, we’re establishing a new company: McAfee. The Intel security business will be 51 percent owned by TPG and 49 percent owned by Intel. The new company will be a private company. We expect the deal to close in the beginning of the second quarter of 2017.

The thought process is pretty simple. Today, inside Intel, we’re one of the largest cybersecurity players. The market is moving so fast. There’s a lot of change happening. As we’ve evolved our business, we came to the conclusion that the best way for us to compete and operate in the marketplace that we’re focused on is to be an independent company.

Clearly, Intel believes there’s still a lot of value in the organization, which is why they’re remaining a large shareholder in what we’re doing. We’ve set ourselves up to be 100 percent focused on cybersecurity. We’re coming out of the gate as one of the largest, certainly the best, leading cybersecurity players in the industry. We have a great product portfolio. We’re very broad and deep in our capability set. This is going to allow us to, as a company, focus on the sole mission around cybersecurity, but maintaining the right ties back to Intel.

VB: In some ways it seem as if plan A didn’t work out. Is there an explanation as to why being inside Intel didn’t produce the expected benefits? I remember covering it at the time, and they talked about integrating more security efforts into Intel hardware as one of the prime motivators.

Young: I’ve only been here two years, so I can’t say that I built plan A. A lot of the folks associated with the initial acquisition are no longer here. I would say that a lot’s changed in the six years that Intel has owned McAfee. Cybersecurity has gone from a back office function of IT to a boardroom, C-level, Oval Office-level issue. There’s a staggering number of new entrants into the marketplace. Established companies are investing, as well.

VB: I was at a Net Events conference yesterday where an analyst mentioned they’d tracked 1,500 different security companies.

Young: That’s about right. As of a few years ago, I think 1,250 was the number I quoted at RSA. That’s probably not far off. The landscape has changed a lot. The attack landscape has changed immensely in that six-year period. I’m a bit less focused on what didn’t work and very focused on what is working. Our performance has been very strong in the last year and a half here as part of Intel. We decided the right path forward is to stand this company up as an independent organization, keep it close to Intel from a perspective of ownership and technical collaboration, but give it the structure that’s going to help us operate like a $2 billion cybersecurity player needs to operate. 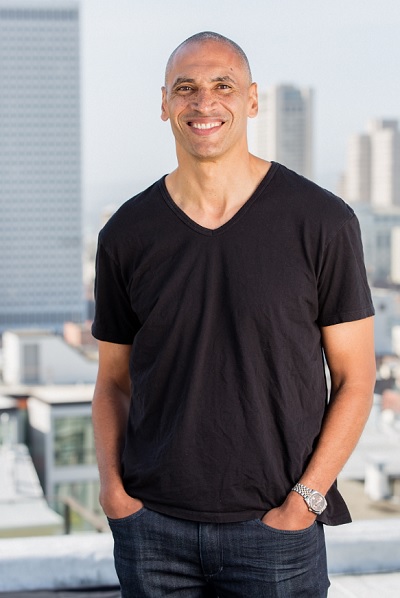 Above: Chris Young of McAfee is not all suit and tie.

VB: Is the idea of hardware security still a priority?

Young: There’s a lot of security in hardware. If someone was to brief you on all the elements of security capability that we either deliver in our hardware architecture or accelerate with our hardware architecture, it’s staggering. We do a tremendous amount of crypto acceleration. In the Skylake release we had late last year, we introduced a foundational platform called SGX, the Secure Guard Extensions in the Intel chipset, which opens up a whole new set of security capabilities for isolation, data protection, credential management.

Intel has been quite good at the security posture, the feature set, the capabilities in its core platforms. But what we do in Intel security and what we’ll do at McAfee—it’s different than the security capabilities that either exist in or are enhanced by what we do in silicon. The recognition is that security is a ubiquitous item, but in some cases, you’re in the business of security and in other cases, you’re enabling security in different ways, or building foundational security into your products — you have different objectives. Intel does a lot with security today and will continue to do that. We’ll continue to collaborate on points of crossover there.

VB: One thing that seems to have burst on the scene in the last year is A.I. A.I. in security is one of these hot topics. Is that something that’s front and center for you?

Young: We think about security across everything our customers are trying to do. What A.I. will do, as it becomes part of the fabric of our technology infrastructure, it’ll introduce new use cases for security. You can already see what some of those will likely be, like how we protect identities. A.I. will require secure analysis of information, secure storage of information.

What may be more discussed as it relates to A.I. and security are issues that bleed over into privacy. Part of the value of A.I. is going to be taking large data sets and finding what can be interpreted from large data sets about patterns, about people, about business, even parts of our physical lives. A lot of questions will need to get tackled as we realize the potential of A.I.

VB: I know Intel was reducing its headcount as well. Does this relate in any way to that, or is this an independent development?

Young: This is independent of Intel’s cuts announcement. We made that announcement at the end of Q1. This isn’t a reduction, really. It’s a separation.

VB: How many people are on at McAfee now? Are you expecting to add people?

Young: We’re expecting to run our business on our current course. I want to increase the speed, but we’re a little bit over 7,000 today. We’ll have to add some people because we’ll be an independent company again, but we feel comfortable with our level of investment. We remain committed to our product road map. As far as what the future holds for our business, we’ll define it by our opportunities and customer needs along the way. But no major plans as part of this to change the makeup of what we do, beyond the need to become an independent company and establish the requisite capabilities.

VB: What did you think about the name? It has a lot of things associated with it these days.

Young: We’ve actually continued — even though we were Intel Security Group, and we’d retired the name “McAfee” from the company — we’ve been in the market with McAfee as a product brand all along. We have several hundred million consumers who use and trust McAfee security products…many hundreds of millions of corporate users, thousands of corporations and public sector organizations that use McAfee products as part of their security architecture.

We never abandoned the McAfee name. We were Intel, so we became Intel, but the product brands have always been McAfee. It’s one of the most trusted and well-known brands in security. That’s one of the reasons, as we become an independent company, we’re naming the company McAfee. 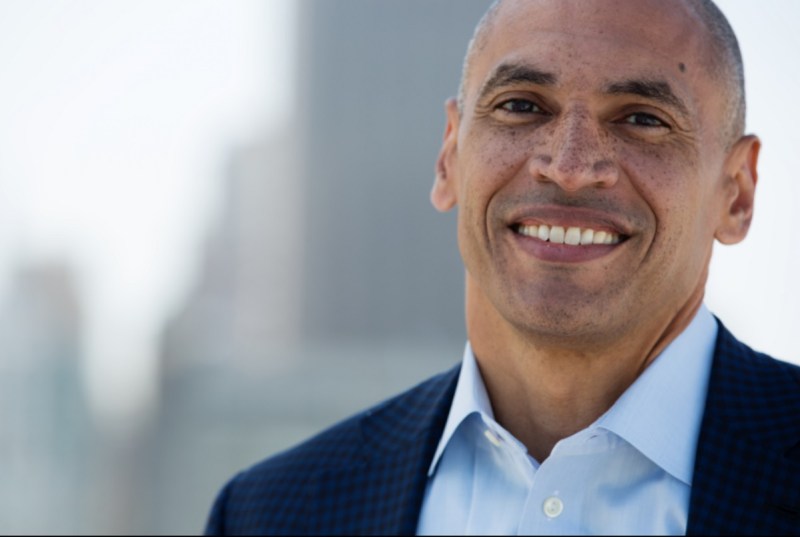 VB: As far as your outlook goes, what are some things you expect to happen in the next year or two in the security industry?

Young: Two big things are on my list right now. I came here just about two years ago. I spent the first year changing team strategy. We made a lot of announcements last year at our Focus customer event. We’re starting to deliver a lot of that new technology, new product releases to the marketplace. We started that in August. We have a whole cadence of new releases coming.

That’s what’s important for the market and for our customers, that we have the right product portfolio and the right capabilities that are going to help them solve more challenging problems they face from a security perspective. They can do so with less complexity, and hopefully, over time, more effectiveness in their security architecture.

Second, we have to stand up a new company. That will be a big part of my job as we go into 2017. We’re remaining very committed to a lot of the new capability we’re bringing to the market, but I know a lot of my attention is also going to be focused on making sure we stand up this company in a way that helps us accelerate all the great things we do for our customers in 2017.

VB: It’s a very different world around security these days, with things like Edward Snowden and Russian hackers in the headlines. Very different even compared to a few years back.

Young: Certainly a lot has changed. I’ve been in security the bulk of my career. I started in the ‘90s. I’ve seen a tremendous amount of change happen. But a lot of things have stayed the same. One thing I’m excited about, we have a strong group of people who are dedicated to the security mission. We have customers who are energized by our commitment to them and to their success. Despite everything happening in the attack landscape, we’re trying to stay committed to sorting through all that and helping our customers deal with it as it comes.

Young: We view this as an opportunity. The marketplace, in my opinion, needs a strong, large cybersecurity player that can partner with organizations and be the most trusted by consumers to deliver the safety and security they need as we evolve the way technology integrates with our lives. That’s my commitment. We’ll be the biggest and the best. That’s the opportunity all of us here are working toward and that our customers deserve.