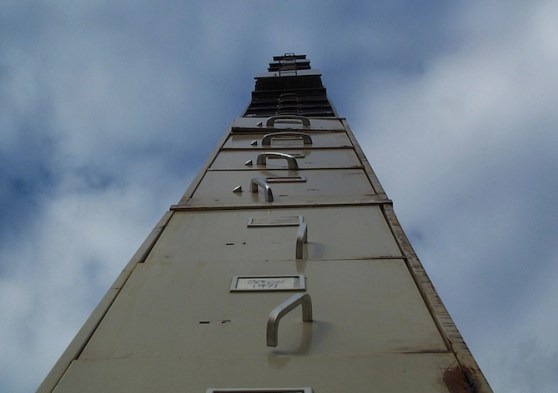 Twitter is an indispensible communications tool. But how do you save all the good stuff?

For example, what if you want to save the URL of a funny video your friend tweeted or something really nice that someone said to you? Twitter has no easy way to save your favorite tweets, and search doesn’t always work.

Twitter chief executive Dick Costolo has said that the company would offer a way for you to download all of your tweets, probably before the end of this year, but he didn’t provide any details.

And in the meantime, geek utility If This, Then That (IFTTT) — which used to be great for saving Twitter posts — has been disconnected from Twitter.

Depending on your archiving needs, the tips below might be just the ticket. I can’t guarantee that Twitter will allow these services to keep running. But for now, here are some ways to save your most important tweets elsewhere.

Got other workarounds? Let us know in the comments!

Remember bookmarking site Delicious? Pinboard is just like Delicious was before Yahoo sold it off to a group of people who seemed to have no idea what Delicious was about. It’s a simple, bare-bones site for saving URLs. Usefully, Pinboard lets you link up to three separate Twitter accounts. You can configure it to import anything you favorite, anything you tweet that includes a URL, or both. Pinboard charges a one-time fee (currently $9.89) to sign up.

Diigo is a useful tool for saving URLs and annotating them with notes. It’s got a handy Twitter tool, which saves every tweet you mark as a “favorite” as a bookmark in Diigo. You have to sign up for Diigo, but once you do, you can connect Diigo to Twitter to save your favorites. Diigo is free to try, but it costs $20 per year after that. Its new-user signup page appears to be offline Sunday, but it’s up today..

You can no longer link Twitter to IFTTT recipes, but IFTTT still supports LinkedIn, and vice versa. That’s handy, because you can use LinkedIn to update your Twitter profile. This means you can have it both ways: You can save your tweets in the service of your choice and still use IFTTT. Say you want to save all your updates to Evernote. First, add the IFTTT LinkedIn channel to your IFTTT account. Set up the recipe to file your LinkedIn updates to Evernote. Then connect your LinkedIn account to your Twitter account (via LinkedIn settings). Finally, start using LinkedIn to post your status updates instead of Twitter. When you do, your status updates will be saved in Evernote, and simultaneously piped over to Twitter.

Flipboard is a handy tool for reading news culled from various public channels or your social network. Although there might be reasons to worry about Flipboard’s relationship with Twitter, for now it works quite nicely with Twitter. That’s handy, because it’s possible to make your Twitter favorites into a Flipboard section. Once you do, it’s easy to retrieve those favorites for later reading via Flipboard, and from there you can save the linked articles into other apps, like Pocket, Instapaper, or Readability.

Gnip is a provider of social media data to enterprise application developers, and it recently released something called Historical PowerTrack for Twitter. This lets you download every tweet ever tweeted since Twitter’s launch in 2006. Are you a packrat and a coder? Then you can probably figure out a way to munge through this dataset to get whatever you want. Pricing is not available, but it’s probably not free.

I don’t know how I forgot to include Packratius in the first version of this post, as I’ve used it before, and it’s made for exactly the purpose I describe here. Whenever anything you tweet or retweet includes a URL, Packratius will save it for you in the services of your choice: Delicious, Pinboard, Diigo, Instapaper, Pocket, and more. It can also save URLs in @ replies that people direct to you, as well as your favorite. Packratius is free.

Backupify is a service that, well, backs up your cloud-based data, including Twitter as well as Facebook, Gmail, Google Drive, and Flickr. The free version of the service will archive up to three online services for you, once a week. For $5 per month it’ll back up every night. This would be a good way to save absolutely everything from your Twitter account. (Thanks for the tip, Rich!)