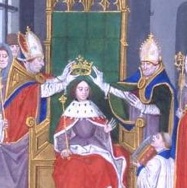 The trend has been clear for a while: Digital music is the future of the industry. Now we have the data to prove it. Apple’s iTunes music store has surpassed Wal-Mart to become the number 1 retailer of music in the United States.

Okay, so a digital store is the top seller of music in the United States, now what? War.

As was reported yesterday, MySpace is entering the fray with MySpace Music (our coverage). Amazon, already a strong competitor in traditional music sales, also has a solid digital offering with AmazonMP3. These three behemoths should shape the landscape for years to come.

Apple continues to dominate the space currently, but it might have a few chinks in its armor. Of the four major music labels, only EMI is currently allowing iTunes to sell DRM-free versions of its catalog. Steve Jobs himself has said this will be the future of the industry, yet iTunes is failing to deliver on this promise (our coverage). AmazonMP3 has all of the major labels providing DRM-free tracks, while MySpace Music already has three of the four on board (interestingly, with only EMI holding out).

This lack of DRM-free music is hardly Apple’s fault — it’s clear the record labels want a legitimate contender to iTunes to lessen Jobs’ stranglehold on their industry. DRM-free music is the leverage they have at the moment, and they are using it.

However, the unwillingness to provide DRM-free tracks while still offering up the protected versions on iTunes is also assuring that Apple will keep selling iPods. The truth is that most people still do not care about DRM-free or even necessarily understand what it means. They want a fast and simple way to buy music online — and no one does that better than Apple. By purchasing all of those protected tracks on iTunes, they must also keep buying iPods to play them.

Buying iPods, in turn, will keep them using iTunes. Round and round we go. This is a cycle the other services will need to negate to compete. While Amazon is playing the DRM-free card, MySpace Music can hope its huge social network can make for a more compelling musical experience than iTunes.

There has been talk that Apple could switch things up and move to a subscription-based version of iTunes (our coverage). While it may seem odd that Apple would switch from a strategy that has led to its dominance (selling individual protected tracks), Apple may also see the writing on the wall with these two strong competitors coming for them.

So what about the other big names in music sales?

Wal-Mart dominated the music purchasing landscape for a long time thanks to its brick and mortar stores. The company has a digital download service, but it is foolishly restricted to users who are running Windows XP, 2000 or Vista, use Internet Explorer as their browser and Windows Media Player as their digital music player. Those kind of limitations are not going to win over many iTunes users.

Another retail power, Best Buy, also has a digital music store, but it is laughably complex. First of all they have a system where you have to purchase digital download cards (yes, actual physical cards) or buy a group of songs online. They also have a streaming service via a partnership with Rhapsody , but once again, access is very restrictive to select operating systems and browsers.

This looks to be a three horse race for now between iTunes, AmazonMP3 and MySpace Music — at least until Facebook gets involved.