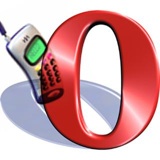 Several weeks ago, a big stink was made when Apple rejected a podcast application from being included in the App Store. The basis for the rejection was that it duplicated the functionality of the podcast section of iTunes (which users should be able to access with the upcoming 2.2 iPhone software update). Now there appears to be another application getting rejected on similar grounds: Opera Mini.

The Opera web browser is a fairly popular one — especially on Windows Mobile devices. Opera decided to build a version for the iPhone and iPod touch, but users of those devices are unlikely to ever see it because it competes with Apple’s own Safari mobile web browser, according to comments buried in a New York Times piece about Opera and dug up by OSNews.

Here’s the key quote from the NYT piece:

“Mr. von Tetzchner said that Opera’s engineers have developed a version of Opera Mini that can run on an Apple iPhone, but Apple won’t let the company release it because it competes with Apple’s own Safari browser.”

There’s another problem too: Since Opera isn’t built on the same framework or language as Safari, it is likely to be banned for that reason as well, reports AppleInsider.

While it’s hard to argue that choice is a bad thing, it’s probably true that having multiple browsers on the iPhone may hamper the user experience of the device. After all, Safari is launched from several applications depending on what action the user is trying to do and if that has to take place on the web. Many apps also have Safari built-in so you don’t have to go to the actual Safari app to browse the web.