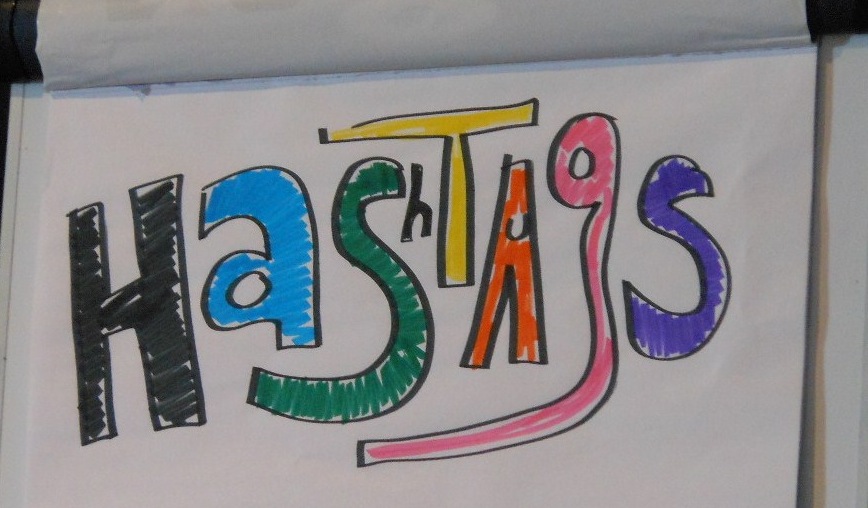 Almost three quarters of social media users now employ hashtags, a new study by digital ad agency RadiumOne suggests, and close to half click on hashtags to explore new related content. That’s more than a little surprising, since hashtag use in social media started as an informal and unsupported convention used mostly by developers and the technorati.

Clearly, however, not anymore.

“Seventy-one percent of consumers say they post hashtags from their mobile devices,” RadiumOne VP Kamal Kaur told me yesterday. “I’ve even caught myself hashtagging in my emails.”

Hashtags help communicate ideas and feelings, the 500-person study says, help Twitter, Instagram, and Pinterest users redirect their friends and followers to related content and help unrelated people participate in a larger social conversation. The hashtag was born in strictly geeky circumstances on IRC (Internet Relay Chat, a form of group messaging that arose in 1988) and made its way to Twitter in 2007 with now-Google employee Chris Messina’s tweet:

how do you feel about using # (pound) for groups. As in #barcamp [msg]?

Interestingly, social media users seem to use hashtags much more preferentially on mobile devices than on laptops or desktops, something that may be due to the built-in capabilities for doing so in many social media apps, Kaur said. Of respondents who say they use hashtags, 70.5 percent used them mainly on mobile, and 29.5 percent used them mainly on their desktop device.

Perhaps the reason for the high use is, simply, that they work.

“Fifty percent of respondents said they would explore new content through hashtags,” Kaur said. “People even use hashtags in Facebook, even though you can’t search by them yet there.”

People who see a hashtag tend to click on it, explore it, use it in their own posts, or even check out the person or brand that tweeted it. That’s something that people who want to share their content more widely, including online marketers, should keep in mind.