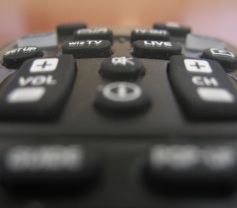 “Release early, release often,” that’s apparently the creed the Google Chrome team lives by, as it describes today on its blog. To that end, Google is taking a bit of a different approach when it comes to launching new features for its Chrome web browser: It’s splitting features up into three different channels tailored to different kinds of users.

Specifically, Chrome will have a “Stable channel” for everyday users, a “Beta channel” for users who want to try out new but incomplete features and a “Developer preview channel” for those who want to try out really new ideas, some of which may not be fleshed out much at all. If you want to go beyond the Stable channel, which all Chrome users are on by default, you have to run a program called Google Chrome Channel Changer, which can be found on this page.

A lot of other web browsers do feature previews. For example, many users of Apple’s Safari web browser download the Webkit nightly builds, which are essentially test versions of the browser. And Firefox routinely has beta versions of its browser. But the idea of channels seems like the most user-friendly way to test beta features yet. It kind of reminds me of the way Google tests new Gmail features with Gmail Labs.

The Chrome Developer preview channel is showing off some Chrome 2.0 features already.

I can’t wait to try some Chrome beta features when Google launches Chrome for the Mac sometime later this year. Go team go!