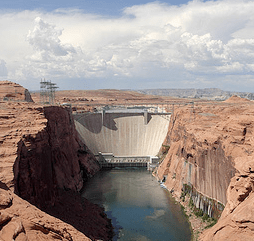 You just knew it was too good to last. Starting on October 1 of this year, Internet service provider Comcast will begin placing a cap on the amount of data its customers can access a month, DSLreports has learned.

The 250 gigabyte cap, now confirmed by Comcast, represents around 14,000 of the company’s 14.1 million users, it claims. While that may be true today, and while 250 gigabytes may seem like a very high cap, going forward, this is going to be problematic.

“This is the end of the Internet as we know it,” writes blogger Om Malik or GigaOM. That may seem to be an overreaction right now, but if other providers follow suit (which I think is pretty likely), I have to agree.

A 250 gigabyte cap is high, but it’s still a cap nonetheless. As video on demand and download services continue to expand, this limit is going to effect a growing number of people. Worse, it could slow innovation in new web services — particularly in the video space.

Dial-up ISPs like America Online (AOL) dominated the 1990s making billions of dollars off of restricted Internet access. Cable and DSL providers came along with their unlimited Internet packages and basically destroyed AOL as we knew it. Now it comes full-circle as unlimited becomes limited again.

On its amendment page, Comcast writes:

If a customer uses more than 250 GB and is one of the top users of our service, he or she may be contacted by Comcast to notify them of excessive use. At that time, we’ll tell them exactly how much data per month they had used. We know from experience the vast majority of customers we ask to curb usage do so voluntarily.

So it sounds like Comcast won’t just cut you off at 250 gigabytes, and the company also claims that it’s just putting a specific number to an existing policy of contacting “excessive users.” But it’s hard to imagine anyone likes the idea Comcast being a judge of what constitutes excessive Internet use. It is no doubt in Comcast’s best interests business-wise to make this move, but anytime you give a customer something (in this case, unlimited Internet) and then take it away, there is going to be backlash.

Expect it to be excessive and loud.

I hope that someone is out there willing to offer or keep unlimited access to the Internet. The cable companies with their ridiculously high prices for cable television, generally bad user experience and now caps on the Internet are ripe for something new to come along and wipe them out. Comcast also revealed that it may slow Internet usage for its heaviest users, although it later clarified that those plans aren’t definite.

I’m looking at you Google, or whoever gains control of the soon to be vacated television white space spectrum.