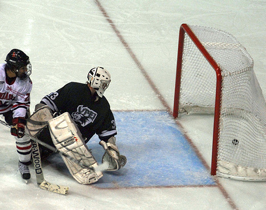 When I saw a bunch of tweets (Twitter messages) go out earlier that a tethering application had been released for the iPhone, my immediate reaction was: “Yeah, for unlocked iPhones.” But I kept seeing the links to the supposed product, so I clicked one and sure enough it fired up iTunes and showed me an application called NetShare by Nullriver. I decided not to download it since it seemed almost too good to be true at $9.99. I wish I had.

Shortly after it went up, Apple apparently pulled NetShare down with no explanation. (A MacRumors forum user was able to get it and has a full tutorial on it.) Clicking on the link to its place in the store now returns the message: “The item you’ve requested in not currently available in the US store.” So what gives?

Tethering is the process that lets you use your phone’s data plan with your computer. Seeing as the iPhone has unlimited data usage and now has 3G speeds, this is obviously enticing for users on the go. The problem is that AT&T and Apple have never allowed such functionality. That’s why it was so surprising that such an application would show up in the App Store today. 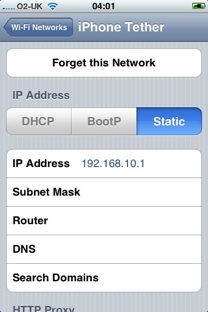 Multiple developers have complained about the backlog of applications waiting for approval for the App Store because Apple is checking every one before it gets sent out to the world. It would certainly seem that AT&T would want them to check for two things: 1) VoIP apps and 2) tethering apps.

There has been a VoIP (Voice over Internet Protocol, the technology that lets you place phones calls over the Internet, bypassing your cellular talk minutes) application available for a little while, Truphone. (But it only works over a Wi-Fi connection and not AT&T’s 3G data stream.) And now a company has gotten a tethering application past the App Store guards. So what exactly is Apple taking all this time to check for?

Interestingly enough, Nullriver also appears to have pulled NetShare down from the product list on its own site. Following the link it was previously at takes you to a page reading: “We’re updating our site.” I wonder if the term “lawsuit” was used today?

Update: It now appears that NetShare is back in the App Store after its disappearance yesterday. What has two thumbs and is buying it pronto? This guy.

Still no word on why it vanished, if it’s legal or how it came back.

If you do download it, be careful though. As commenter Pete D points out below, he was using his Blackberry device tethered to his computer and somehow AT&T found out and charged him for it. In other words, use at your own risk.

Update 2: Apparently only the direct link (above) to the application will work, MacRumors is reporting. A search for NetShare brings up nothing in the App Store.