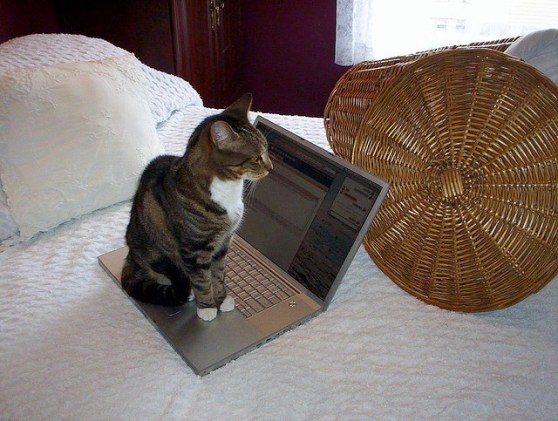 It’s time to take back our social networks.

It’s time, because the networks we rely on have been gradually making it clearer and clearer that we are not in control. What they mean by sharing is not what the web used to mean by sharing.

Facebook recently updated its terms of service, removing a sham user voting policy that it had in place for a few years. It also updated the terms of service for Instagram, giving itself the right to sell your location and other data to advertisers — and even to feature your photos in advertisements, although it subsequently removed that clause.

Meanwhile, Twitter is steadily restricting the ways you can use tweets. While the company did just start letting people download an archive of all their tweets, it’s increasingly resistant to letting you do anything else with your data, such as integrate it with services like If This Then That.

So, fine: These companies are entitled to run themselves the way they want, and you can participate or not, as you choose.

But I want to suggest a third way, which leaves you in control of your own stuff.

That’s a bit of a retro suggestion, because blogs have taken a back seat to other forms of expression in the past few years. The RSS feed never engendered the kind of reciprocal sharing and commenting that a well-designed social network does, and as a result, many people have migrated away from blogging.

“I’ve used many social networks. Friendster, Facebook, everything. But they come and go. But my blog has always been my home on the web,” Matt Mullenweg, the founder of WordPress, told me last week. “What’s changed in the past few years is that blogging started to feel a bit more lonely, because it wasn’t connected to these social news feeds.”

Like Mullenweg, those of us who have had blogs for a decade or more have been using them less and less, drawn to the ease of tweeting and the warm, friendly responsiveness of Facebook.

But now it’s possible to circle back to the blog without giving up the social networks. In fact, it’s increasingly easy to use a blog as the center of your social universe.

So if they won’t share, fine: Make your own website the source, and share it out to various other networks as a way of staying in touch with your friends there.

If you’re a WordPress user, a feature called Publicize makes this super-simple. (It’s built in to WordPress.com, and for people who host their own blogs using the open-source WordPress.org code, Publicize is now available through the Jetpack plugin.) With Publicize, you connect your blog to the social services you want to update: Twitter, Facebook, LinkedIn, and Tumblr. You may also connect it to Yahoo’s profile updates, but I don’t know anyone who uses those. It doesn’t have Google+ integration, a minor downside if you are one of the few who uses Google+. Once connected, every post you publish on your blog posts to the social networks you chose.

Sure, I’ll still get @ replies on Twitter and comments on Facebook, and I’ll still post short updates that are unique to those networks. But with this setup, I’m less dependent on any one social network.

If I get tired of one network — say, Instagram pisses me off with a terms of service update — it’s far easier for me to relocate somewhere else, like Yahoo’s long-disused Flickr service, which just added a new iOS app that has its own Instagram-like photo filters. (It’s easy to post photos from Flickr onto a WordPress blog, and from there to your social networks, but going the other direction — from blog to Flickr — is trickier, probably because Flickr isn’t tied in to those Yahoo updates I mentioned above.)

Flickr, by the way, has been sending me a flood of notifications about new people following me, something I haven’t seen in several years on the service. I’m not the only one to notice this. Apparently, its new app has caught people’s eyes.

Bringing blogs and social networks together is exactly what the makers of WordPress were thinking with the Publicize add-on.

“We found that when we hooked them up, you can have the best of both worlds,” Mullenweg told me. “We’ve been trying to just close that loop.”

WordPress has more clout than you might think: According to at least one estimate, it powers 17.5 percent of the world’s websites. (That includes VentureBeat, which runs on WordPress.com, as well as my personal blogs.) And it’s an open-source system, not controlled by any one company, and not beholden to advertisers or data miners or other interests.

If the WordPress plan works, more people may return to blogging, not just as a form of self-expression but as a way of organizing their online social lives. As that happens, it might — just maybe — encourage a slightly longer attention span than you can manage with 140 characters.

“WordPress users are some of the most savvy users on the web,” Mullenweg told me. “They have accounts everywhere. They already have a Facebook and a Tumblr and so forth. So it’s a challenge to provide something different, something that’s geared more toward longer-form content, rather than something that’s a distraction, that you check while you’re busy.”

Imagine that. Along with owning our own words, we might actually start to think a little more deeply about them, too.