Facebook is finally bringing biometric unlocking to its Messenger mobile app, beginning today on iPhones and iPads, with Android coming “in the next few months.”

The launch comes shortly after Facebook confirmed it was testing app-locking for Messenger, functionality that will allow users to share their phones or tablets with friends and family without worrying about them seeing sensitive messages. It also arrives more than a year after Facebook introduced biometric unlocking to WhatsApp, so this has been a long time coming.

App Lock, as the new feature is called, will be compatible with whatever privacy settings the device itself offers. For example, the iPhone 5S to iPhone 8 have fingerprint-based Touch ID, while iPhone X and later devices feature Face ID (though Touch ID returned earlier this year for the budget-friendly iPhone SE). App Lock will also be compatible with a standard passcode, meaning you can secure Messenger behind a PIN if your device is set up that way.

Facebook is also quick to note that the feature uses device-level biometric authentication so no data is passed to the company. 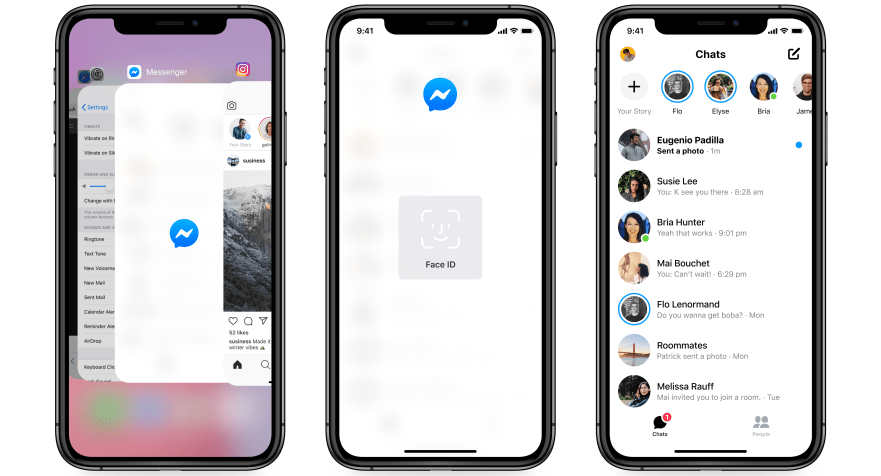 Above: Facebook Messenger now has biometric unlocking, including Face ID

To activate the new feature, head to the all-new Privacy section in Messenger, toggle App Lock to “on,” then do the same for whatever biometric option is available on your device and stipulate when you would like App Lock to activate — after leaving Messenger or after one minute, 15 minutes, or an hour. 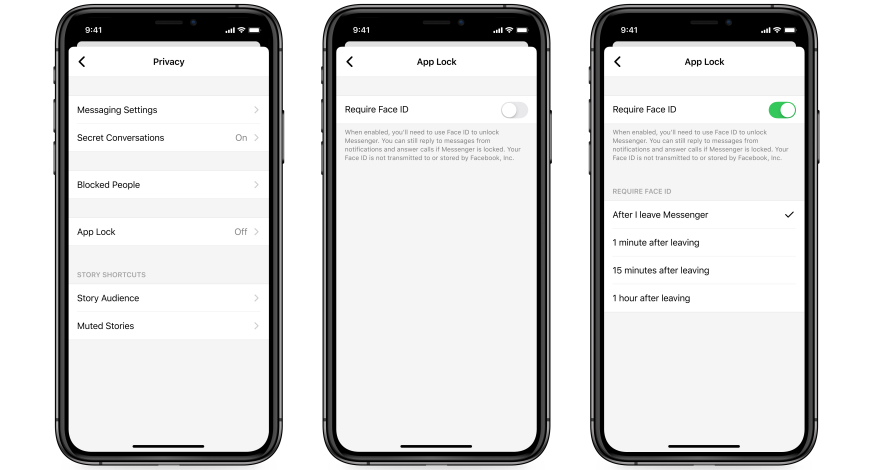 Facebook said it’s also working on a handful of new privacy-focused Messenger features, including one that allows users to control who can message or call them directly and whose attempts will be sent to a request folder. Finally, Facebook is developing a feature that automatically blurs images sent from unknown accounts, similar to functionality that already exists on Instagram and WhatsApp.

While these new features are undoubtedly welcome, Facebook has yet to roll out end-to-end message encryption inside Messenger — for now, users still have to activate secret chats to benefit from such enhanced privacy.