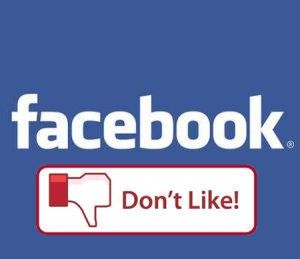 The German government on Friday declared the Facebook “Like” button, which appears on countless websites accessible all over the world, in violation of the country’s strict privacy rights — and thus illegal.

An official from the German state of Schleswig-Holstein’s data protection center, Thilo Weichert, said the privacy violation stems from the Like button’s ability to track a person’s movement across the web, according to a report by The Local.

In addition to violating German laws, Weichert claims the Facebook Like button also breaks European Union data protection laws. However, Facebook has rejected those claims and said any data that’s stored (like web activity from a unique IP address) is deleted after the industry standard 90-days, according to the report. VentureBeat has contacted the company for further comment.

Websites in Schleswig-Holstein must remove Facebook Like buttons by September 30. Failure to do so will result in a fine of up to €50,000 (or about $72,000).

What’s unclear at this time is whether the fine will apply only to websites published within the particular German state or to all websites accessible within the country. It’s ridiculous to think how the government would go about issuing the fines and policing websites that refuse to remove the Facebook Like button.

This situation is reminiscent to the recent Tennessee legislation that makes it illegal to post offensive images online — both are examples of local governments acting beyond their limited authority.