Facebook is soon to have 14 percent of the world’s population all to itself. A new study says the social network will hit one billion users this year.

Gregory Lyons, a senior analyst at digital marketing firm iCrossing, ran the numbers based on Facebook’s past growth and found that Facebook will probably hit the milestone in August 2012. Currently, it has 800,000 users. He found that Facebook initially grew at an exponential rate, but then went through a slow down in progress, which caused it to grow more linearly. The slow down was a result of the United States and the United Kingdom tapping out at 49 and 47 percent of the population respectively. New signups from those countries have “slowed or stopped”. 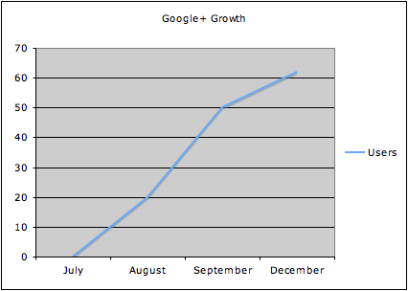 It seems that Facebook’s Google adversary, Google+, is still in exponential growth mode, reaching the 62 million mark in six months, according to statistician Paul Allen. It took Google+ only 2 months to reach 10 million users, a milestone that took Facebook 38 months. However, Google+ has been born in the age of social. It’s not creating anything new by way of industries. Facebook still remains the ultimate social player outside of Silicon Valley.

Allen suspects that Google+ will hit nearly 400 million users by the end of 2012, due to accelerated Android sign-ups. However, according to a recent study by analyst firm Nielsen, Facebook’s application is the most popular on Android devices, falling second only to the Android Marketplace. The study takes into account users from 18-44 years of age and found that roughly 80 percent of these people are using Facebook’s app more than any other app on the device.

The push to one billion active users will come from developing countries, according to Lyons. Specifically countries such as India and Brazil, which are poking their heads out as late adopters. In the last nine months, India has grown from 22 million users to 36 million. Brazil is following close behind at 30 million, up from 13 million nine months ago.

The timing of the offering is still up in the air, though an August projection is starting to look pretty good.

via The Next Web, Facebook chart via Gregory Lyons; Google+ chart via Meghan Kelly, data via Paul Allen, Experian Hitwise