Facebook is taking steps to help people understand how they may have been influenced by Russian propaganda profiles and Pages across its properties. The social networking company today announced that it plans to launch a portal where anyone can go to find out if Pages or Instagram accounts they like or follow were set up by the Russia-based Internet Research Agency (IRA).

This tool will be available by the end of 2017 and will cover the time period between January 2015 and August 2017, basically the entire duration of the U.S. presidential election season.

“It is important that people understand how foreign actors tried to sow division and mistrust using Facebook before and after the 2016 U.S. election,” the company wrote in a blog post. 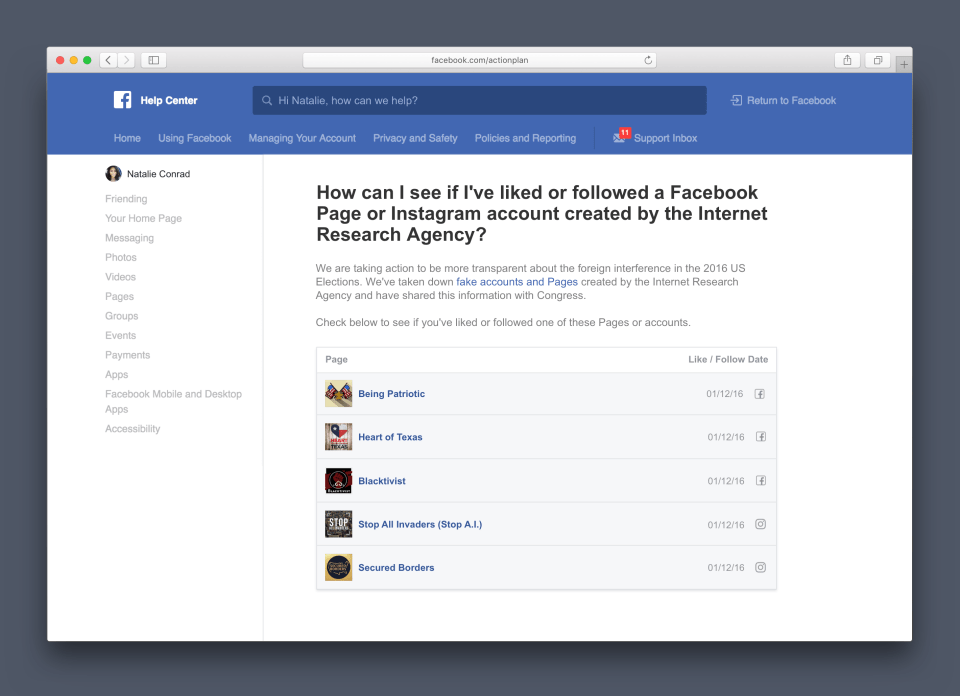 At last count, it’s estimated that Russian propaganda on Facebook has influenced 150 million users. It hasn’t all been aimed at supporting Donald Trump or Hillary Clinton, but includes such social issues as gun rights, immigration, Black Lives Matter, and more. As a result of this influx of propaganda, Facebook, along with Twitter and Google/YouTube, was summoned before Congress to answer questions about how to prevent such abuse in future.

Facebook chief executive Mark Zuckerberg has come out strongly against Russian interference, after first denying that his company had any undue impact on the election in which Donald Trump was elected president.

Based on the screenshot provided by Facebook, it appears that only the Pages and accounts created by the Internet Research Agency will be displayed when you access the portal, not the specific pieces of content you may have read. But, as Recode notes, this tool is limited to showing you the accounts that you directly follow, not the ones that your friends do, so you’re going to only get one piece of the pie.