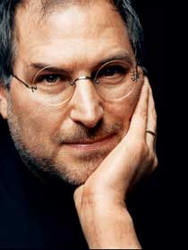 The Secret Diary of Steve Jobs has been more than just a blog, it’s been a cultural phenomenon of smarmy delight. The site, written by former Forbes writer and soon-to-be Newsweek writer Dan Lyons, pretends to be from the perspective of Apple chief executive Steve Jobs. Lyons stepped outside of his Fake Steve Jobs persona today to announce that the blog is coming to an end.

The site, which was launched in August of 2006, became famous for its over-the-top analysis of various tech industry news and constant mockery of all things Microsoft (Apple’s chief rival). Initially adding to its popularity was that no one had any idea who was writing it and yet the site occasionally would have some good, insider scoops on news.

At the All Things D conference in May 2007, Microsoft founder Bill Gates famously quipped, “Well, first, I want to clarify: I’m not Fake Steve Jobs.”

The New York Times finally uncovered Lyons as the voice behind Fake Steve in August 2007, but he kept on writing anyway as if nothing had changed. He stepped out from behind the Fake Steve mask in December of that year to cause some controversy by claiming that Apple was offering him a wad of cash to stop producing the site. That turned out to be nothing more than a stunt.

One can’t help but wonder if this is a stunt as well, especially considering we’re just two days away from the iPhone 3G launch and the tag line of The Secret Diary of Steve Jobs has long been, “Dude, I invented the friggin iPhone. Have you heard of it?” Could Fake Steve really have nothing to say about the new device? 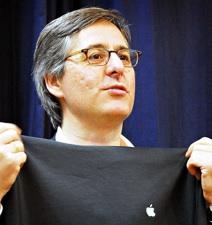 In recent months Lyons has spread out beyond Fake Steve to write as Fake Jerry Yang (Yahoo’s chief executive), among others. These posts still appeared on the Fake Steve blog.

In a typical half-serious farewell post, Lyons claims he’s on too many drugs and can’t figure out how to log back in as Fake Steve rather than as “Real Dan.” He hints that Fake Steve could return in some “new form” at a later time.

Lyons also says he’ll be starting a new site next week under his own name. He’s also made a 120-page book of the greatest hits of Fake Steve, available for $25. He starts writing for Newsweek in the fall.

As is his custom for Fake Steve posts, Lyons signs off from his final one with: “Namaste to all. Much love. Peace out.”