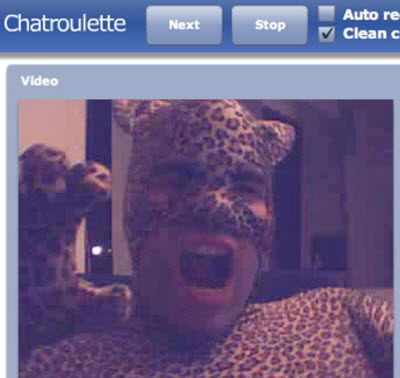 Chatroulette is starting its transition to a real company as the video chat site today launched its redesigned web site.

The company headed by Russian youth Andrei Ternovskiy took its first site down a week ago and has now launched a new version that hopes will make money and be free of nudity that plagued its first version.

The site was founded by Ternovskiy, who was a 17-year-old high school student in Moscow when he started the service. Ternovskiy said that he created the service in “two days and two nights.” He chose the name after watching The Deer Hunter, the 1978 Vietnam War film in which prisoners of war have to play Russian roulette. The service launched in November, 2009, and quickly got to 500 users a day. After a month, there were 50,000 users a day. Around March, it had grown to 1.5 million users. After that, traffic began to subside, according to Compete.com.

Sean Parker, co-founder of Napster and the first president of Facebook, has been working with Ternovskiy in some fashion. Parker had said that the service might work better if it automatically forwarded users to people who had not been voted thumbs down by previous users. It remains to be seen if the fabled “penis problem” has been fixed. The first person I saw on the screen was a guy who scowled at me and then turned off the webcam.