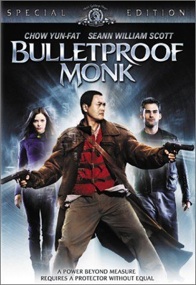 YouTube is set to announce a deal with movie studio MGM that will allow for some of its content to be viewed on the extremely popular online video site, The New York Times reports. This deal, which had been previously rumored (though the studio involved wasn’t clear at the time), will bring feature films to YouTube — legally. That’s big news, but it’s not all great news.

While it always seemed likely that any studio would hold back newly released content from YouTube, even the older catalog selections of films is going to be very restricted. The NYT lists films like Bulletproof Monk and The Magnificent Seven as coming to the service, but notes that what would likely be the most popular catalog fare, movies like Legally Blond, will only have select clips available on the service.

MGM’s co-president, Jim Packer, doesn’t see the studio putting a significant part of its catalog on YouTube anytime soon, according to the NYT article. One definite hold up has to be advertising. Google, which owns YouTube, has been famously unable to successfully monetize the service. Hollywood, particularly studios like Lions Gate and now MGM, seem more open to trying and seem to like YouTube’s technology which finds unathorized clips, but the most telling quote from the NYT piece is this:

“We will have some long-form videos up on YouTube, but I don’t think that’s the platform to have 30 or 40 movies up at once,” Mr. Packer said. “I feel much more comfortable doing that on a site like Hulu.”

Hulu, the NBC and Fox-backed online video service, does not allow for user generated content (which YouTube excels in), and thus there is no uploading of unauthorized material. And perhaps because there are no crazy videos of cats trying to drink from fire-hoses, Hulu’s content is more appealing to big name advertisers — the kind you might find on TV.