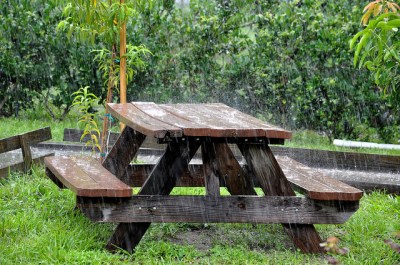 Plan to skip the picnic, Flickr users, because rain is in the forecast.

The popular photo service will discontinue its Picnik photo-editing features in a few months, the team revealed today.

“We know that you love editing your photos on Flickr and this transition doesn’t, in any way, mean that there will no longer be editing capabilities,” Flickr head of product Markus Spiering said in a blog post on 2012 changes to the Flickr experience. “It’s actually quite the opposite: we are working on making the editing experience even better on the site.”

Flickr, one of Yahoo’s most-beloved products, has allowed its members one-click access to Picnik’s suite of simple, online photo-editing features for more than four years running.

The shift away from Picnik is likely motivated by either a desire to stop piggybacking off of a Google service — Google acquired Picnik in 2010 — or the result of a lapsed agreement between Yahoo and Google. Neither company is being forthcoming about the reasons behind the change.

Flickr members can expect several more changes to the service in the year head, Spiering said. The site will also turn off Flickr Clock and Photo Session, and stop supporting Windows Phone tablet apps as of March 20. Flickr also recommends that Firefox 3.6 and Internet Explorer 7 users update to newer browsers, as the service will no longer support the dated browsers moving forward.

Oddly enough, Photo Session, a browser and mobile app Flickr feature designed to let people digitally and remotely flip through photos together, was only just introduced to Flickr members in September of 2011. The feature was not seeing the traction the company had hoped for, Spiering said, but the technology will live on in other products.