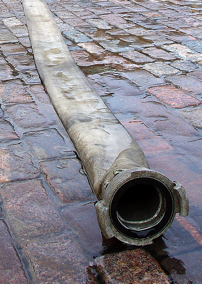 After another night of downtime there is some good news coming out of Twitter land this morning. The micro-messaging service will open up its XMPP data — known by some as the “firehose” because of the massive amount of service data is sent through it — to new startup Gnip, according to TechCrunch’s Mike Arrington.

This is big news not only in that it means Twitter is feeling confident enough about its service to give XMPP data to another client, but also because Gnip’s purpose is to serve as a middleman of sorts for between data sources and users. This basically means that anyone who wants Twitter’s XMPP data will have to get it through Gnip.

After we wrote about our disappointment that Twitter was not one of the services utilizing Gnip when it launched on July 1, founder Eric Marcoullier left us a comment saying that Gnip and Twitter had been talking since Gnip’s inception. He said as soon as Twitter worked out its XMPP data scaling, Gnip would hopefully work with the service. The time has arrived.

Up until now the only services that had access to Twitter’s XMPP data were Twittervision, Zappos, FriendFeed and Twitter’s own recently acquired Summize.

This data will only include status updates for the time-being, and not Twitter’s other useful data such as @ replies and direct messages, Arrington says. Still, this is a great step forward for the service to open this data up to such a potential large usage.

update: As Marcoullier just wrote on Twitter: “It’s official: Twitter is pushing to Gnip and Gnip is pushing it the f**k out to everyone!” Clearly he’s excited.