Back in April, the company launched Instagram, along with Facebook and Facebook Messenger, for the Windows Universal Platform (UWP). UWP allows developers to build a single app that changes based on the user’s device and screen size. One app can work on your Windows 10 computer, Windows 10 tablet, Windows 10 Mobile smartphone, Xbox One console, and, eventually, your HoloLens headset. But Instagram was limited to just Windows 10 Mobile devices.

Now the app works on Windows 10 PCs and tablets as well, offering its own Live Tile that shows you new photos and notifications right from your home screen. Features you can expect include the ability to post and edit photos, get notifications, chat via Instagram Direct, and of course use Stories, Search, Explore, Profile, and Feed. 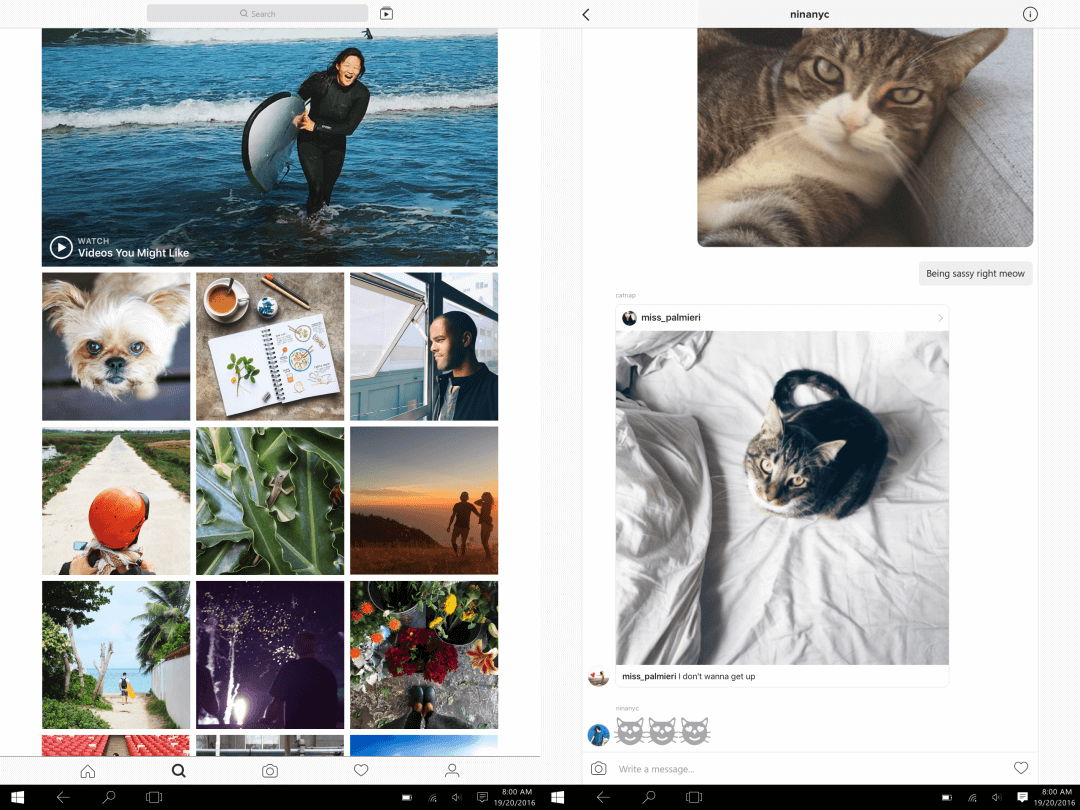 Instagram was built as a mobile-first app, which is perfect for taking, uploading, and consuming photos. But it’s grown beyond just mobile, largely thanks to Facebook, and so it makes sense for it to be available on more devices. But as noted in the Instagram Help Center, that comes with its own issues: “Keep in mind that other devices running Windows 10 may not support certain features, like the ability to capture and upload photos and videos.”

More specifically, the app requires a touchscreen and a rear-facing camera — your PC with an old monitor and web cam won’t cut it. But if all you want to do is browse Instagram on your Windows 10 computer or tablet, there’s now an app for that.

Next stop? It makes sense for Instagram to come to the Xbox One. But we’re much more interested in playing with it on Microsoft’s HoloLens, if and when that becomes a reality.