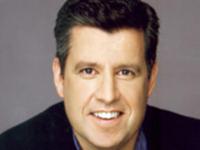 Mass Animation is going to be a test of whether a bunch of animators who don’t now each other can work together on a project where they all do snippets of a five-minute animated short movie.

The project, funded by Intel, kicks off today with a call to volunteers. The film, dubbed Live Music, is being produced by Yair Landau, the former head of Sony Pictures Digital. Landau wrote a script for the film and broke it down into 107 separate shots. The volunteer animators will work together to produce the film from now until January 30. The group coordinating the community-driven film will be on Facebook.

More than 4,000 people have signed on as fans for the Facebook page, Landau said in an interview. Landau worked with a special effects company to create the basic 3-D models that will be used in the animations so that the work will be consistent across all of the shots. Beyond that, animators can use their own creativity.

Landau said he hopes the project will appeal to pros, amateurs, hobbyists and students of 3-D animation. The project came together quickly. Landau left Sony in April and has been working on this since June. The goal is to get an Internet community to produce a computer-generated film that will be released in theaters as a short release in front of a first-run movie.

Landau said the story is inspired by Shakespeare’s Romeo and Juliet and early CGI films. Set in a musical instrument store, the story follows Riff, a rock ‘n’ roll guitar, who falls in love to the wrong song but ends up with Vanessa, the classical violin of his dreams. The story is conveyed without words, through music and animation. The music has been created by guitarist Steve Vai as Riff and violinist Ann Marie Calhoun as Vanessa. Animators whose work is accepted by Landau will get credit in the film and $500. Other partners include Dell, Autodesk, Reel FX Entertainment and Aniboom.

Intel hopes to get promotional value out of backing the project. At the moment, it is just a one-time event. The sponsorship with Intel will ensure the film gets distribution into theaters. With a theatrical release, the amount of money it brings in depends on the kind of deal that could be struck upon completion. Other community-created movies have fared well upon release.