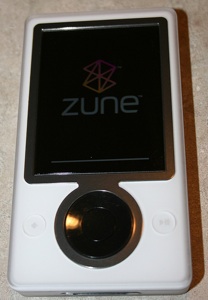 It has been known for a while that Microsoft’s Zune is the number two or number three digital music player (depending on the market) in the United States. However, just how far behind the number one device, Apple iPod, has not always clear since Microsoft has been slow to release its sales numbers. Now we have some.

Yet there is hope for Microsoft. iPod sales really didn’t start taking off for Apple until 2004 — almost three years into its lifespan. It took a full two years for sales to surpass 2 million, Microsoft beat that time, but the portable music world is quite a different place nowadays. When the iPod launched, most people were still listening to portable CD players.

The Zune also now has J Allard, Microsoft’s Corporate Vice President of Design and Development, Entertainment and Devices Division (how’s that for a mouthful?), overseeing the strategy for the device. Allard is one of the key figures behind Microsoft’s successful Xbox gaming console.

Microsoft also recently revealed that popular hobbyist games will be coming to the Zune soon.