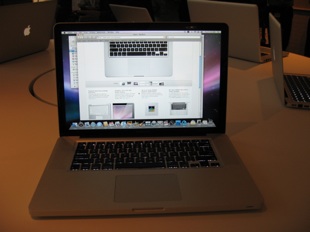 Four years ago, sales of desktop machines made up 60 percent of Apple’s computer sales, while notebooks made up 40 percent. Not only have those numbers now reversed, they’ve skyrocketed in the direction of the notebook for Apple. In its most recently quarter, Apple reported that its notebooks constituted some 71 percent of all Mac sales, while desktops made up just 29 percent, The Industry Standard notes today.

To be fair, sales of Apple’s notebook were likely boosted more than usual thanks to the new “unibody” MacBook and MacBook Pros, while its most popular desktop computer, the iMac, failed to get an update for the quarter. Still, it’s impossible to deny the trend that notebook sales are taking over the company’s computer business.

This news comes at a time when a lot of people are calling for Apple to release a netbook, a small, cheap variety of laptop that’s seeing a high level of interest in the down economy. But Apple has held firm to its stance that it won’t sell a laptop in the sub-$500 range (which most netbooks are), since it couldn’t make one that wouldn’t be a “piece of junk,” as Apple chief executive Steve Jobs so eloquently put it last year.

But on its most recent earnings call, Apple chief operating officer Tim Cook (who is currently running Apple while Steve Jobs is on medical leave) said that Apple was watching the market to see how it evolves. “We’ll see,” he said.

Apple sold more notebooks than it ever has last quarter, despite only having one type that’s under $1,000 — and it’s $999. 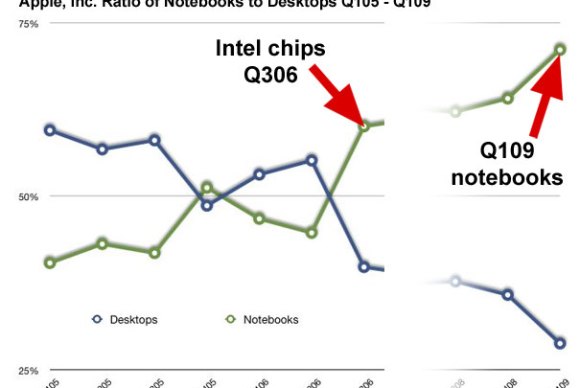