Updated at 3:02 p.m. Pacific: During the earnings call, the company provided more details about the causes of its 4 million user drop.

Today Twitter unveiled its user numbers for Q4 2014, and they likely won’t make Wall Street happy at all.

The company blamed “changes in third party integrations” in its official statement. During the earnings call, the company explained that an “unforeseen bug” during the iOS 8 integration caused it to lose 4 million users. Three million of those were from an “auto-polling” feature through an integration with Apple’s Safari web browser, which the company does not expect to get back.

On the positive side, Twitter’s ad revenue is booming.

With that said, the company has been in hot water over user growth for multiple quarters now, with investors carefully tracking the metric when it comes to services like Twitter and Facebook.

On the engagement front, Twitter’s users viewed their timelines 182 billion times, a 23 percent increase year over year, although that is only 1 billion more views than the previous quarter. On average, each user generated 631 timeline views. The charts below, from Twitter’s earnings slides for the quarter, show not only barely-to-no growth in timeline views, but also a similar stagnation in views-per-user. 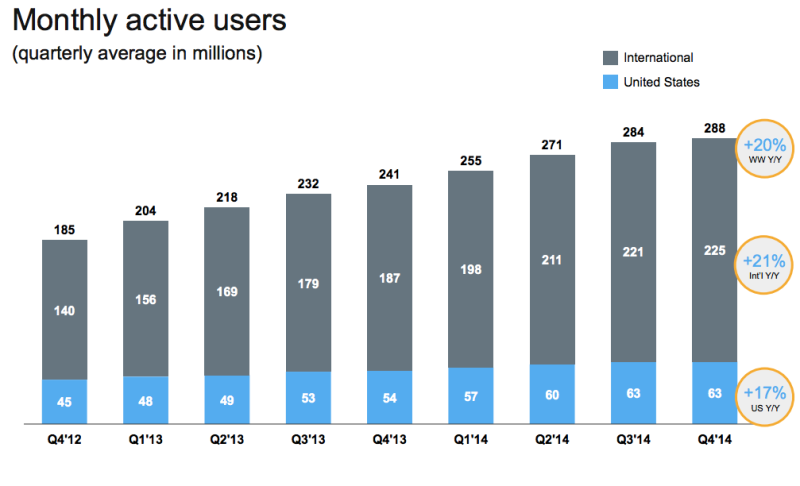 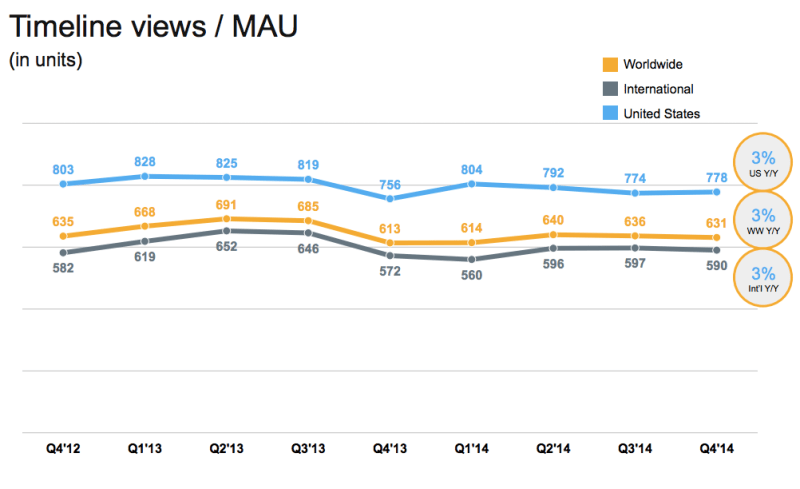 Ironically, the company continues to do well on the revenue front, beating Q4 expectations with $479 million in revenue — analysts expected just $453.14 million.