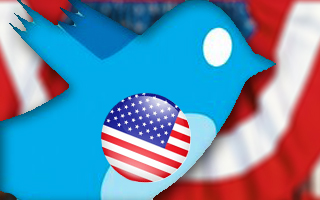 Starting today, politicians of all stripes are able to buy advertisements on Twitter. Politically flavored Promoted Tweets will be designated by a purple icon in the bottom left corner of the tweet.

“We’re piloting the program with a small group of presidential candidates and national party committees,” a Twitter spokesperson told VentureBeat. “These partners will be running ads in the coming week. We will expand the pilot to include other candidates and committees as we build up our political sales team.”

The importance of Twitter in political campaigns has only grown since the service was used in the 2008 and 2010 elections. With Twitter now being integrated in major televised debates and other facets of political campaigning, it only makes sense for the company to start running political advertising.

Twitter has already queued up a string of the new Promoted Tweets from a number of presidential candidates and national political party election committees.

Ever since the 2008 Obama presidential campaign broke ground by using Twitter for politics, more and more of our country’s and states’ leaders have taken to the service to talk with constituents and disseminate information about their platforms. Right now, 85 U.S. Senators use Twitter, and 360 members of the House of Representatives also have accounts. The vast majority of state governors — 42 of 50 — are on Twitter, too. And of course, all the current major presidential contenders are using the microblogging service.

Candidates and national political committees will be able to purchase any of Twitter’s ad products, including Promoted Tweets, Promoted Accounts and Promoted Trends.

As a media company, Twitter is responsible for making sure users on the service can easily distinguish a regular tweet from a political ad. As you can see below, the purple “Promoted” icon will be used to designate Promoted Tweets that were paid for by a political entity.

The company is also allowing political advertisers to include a full-length, Federal Election Commission-compliant disclaimer when users hover over the ad.

“Today’s news is a natural extension of the role Twitter is already playing in the political world,” the rep noted. “Twitter has become a more mainstream presence in politics, both domestically and around the world.”