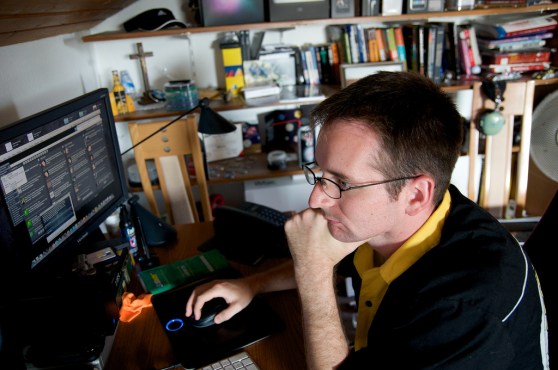 Twitter wants you to know that TweetDeck is its most powerful weapon — and you can’t have it.

You can’t have it, that is, if you’re using an Android phone or an iPhone — or if you for some reason prefer the old version of TweetDeck that was built on Adobe’s resource-hogging Air platform. Twitter announced via a blog post today that it’s discontinuing TweetDeck for these three platforms, effective as of May, 2013.

TweetDeck is the most powerful Twitter tool for tracking real-time conversations. Its flexibility and customizable layout let you keep up with what’s happening on Twitter, across multiple topics and accounts, in real time. To continue to offer a great product that addresses your unique needs, we’re going to focus our development efforts on our modern, web-based versions of TweetDeck. To that end, we are discontinuing support for our older apps: TweetDeck AIR, TweetDeck for Android and TweetDeck for iPhone. They will be removed from their respective app stores in early May and will stop functioning shortly thereafter. We’ll also discontinue support for our Facebook integration.

That explanation doesn’t quite add up. Underlying the shift is the fact that these earlier versions of TweetDeck use the old, 1.0 version of the Twitter API — and that API, with its substandard authentication scheme, is rapidly being phased out. But surely a company that is easily worth $9 or $10 billion on the private market, and that has raised over $1 billion in capital to date, has enough resources to develop Twitter API 1.1-based versions of the TweetDeck Android and iPhone clients, right?

Maybe not. The discontinuing of Facebook integration is a strategic move, not a tactical one. Twitter is consolidating control of its blogging platform and gearing up for a showdown with Facebook. It’s possible that it also wants to avoid being beholden to the vagaries of Apple’s and Google’s app stores and will be focusing its development efforts on Web apps from now on.

And as for the mobile clients, it may simply be that the power users who are TweetDeck’s audience simply aren’t using the mobile version. “Over the past few years, we’ve seen a steady trend towards people using TweetDeck on their computers and Twitter on their mobile devices,” Twitter wrote.

Ironically, Twitter made this announcement on Tweetdeck’s Posterous, a blogging platform Twitter acquired a year ago and — you guessed it — is now shutting down. So that Posterous post will go away on April 30, the early version of Tweetdeck will follow it into the void in May, and by June there will be nothing left but shiny, happy Twitter users holding hands.

I use TweetDeck daily to keep track of multiple Twitter lists in real time: one for VentureBeat people, one for a shortlist of close friends, one for news feeds, and a column for @ replies to me. I don’t miss the old Adobe Air-based version (because it was constantly pegging the meter on my CPU utilization), but I am slightly annoyed that it won’t be available as a mobile app anymore — though I’ll be honest, the multi-column view that is TweetDeck’s main attraction doesn’t even really work on a mobile device, which is why I mostly use the regular Twitter client on my phone and tablet.

Still: How much am I paying for TweetDeck? Zero. I can complain all day, but Twitter’s not going to lose any business if I stop using it.