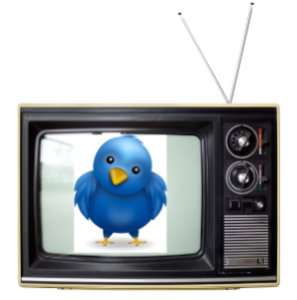 Twitter has granted access of the more than 250 million tweets sent daily to two firms — Mass Relevance and Crimson Hexagon, the company announced Monday. The firms will now be able to work directly on creating and maintaining partnerships with media firms (like television networks) without Twitter’s involvement.

Real-time reactions are proving to be an invaluable source of information television networks, which is why Twitter’s latest partnerships with two Twitter data firms is a big deal. In turn, the move is also a big deal for Twitter because the additional visibility on these major TV programs is helping to drive growth for the social network.

Over the past year, several TV shows have started integrating Twitter into its live programming as a way to interact with viewers. For instance, Fox’s high-school musical show Glee and PBS documentary-style Nova have both started directing viewers to use Twitter while watching. Others, like NBC’s The Voice have even started airing Tweets during the program. Think of it as the next evolution in people calling into radio stations to hear their voices on air.

The Twitter data firms will work with media companies to determine new means of connecting and gathering information about a particular show’s audience. Crimson Hexagon, for example, previously worked with CNN during the 2010 U.S. mid-term elections to determine the reasons Twitter users were voting for their particular candidates.

Mass Relevance, on the other hand, will work with media companies that are interested in displaying relevant tweets on websites, on air broadcast or even in a real-world venue. The firm is the first of several partners officially licensed to re-syndicate Twitter content for display in this way, according to Twitter.

Allowing other companies to access the backlog of Tweet messages is a smart move on Twitter’s part. It allows the microblogging service to concentrate on development and growth while letting other firms drive the value in new ways, (like providing audience feedback for media companies).