“I don’t think that number was made up out of thin air.”

Instagram launched video yesterday, as everyone and her social dog knows. But why 15 seconds long, when Vine, the massively growing video-based social network that premiered the medium, is six seconds?

“They said it was to give people time to tell a story, and I buy that,” Mitchell Reichgut, CEO of video advertising company JunGroup, told me today. “But it also enables them to tap into a massive pre-roll video ad market.”

In other words, Reichgut is saying, the 15 seconds decision was driven by a very different — and as yet unannounced — Facebook initiative: video ads.

Facebook is rumored to be launching video ads as soon as July right within the social network’s user news feeds. That’s a move that has some worried — particularly if, as reported, the videos are auto-playing in order to deliver massive advertiser value commensurate with their six- or seven-figure price tags. 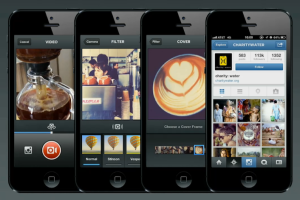 “This is driven by the fact that video is the premium online ad model today,” Reichgut says. “Video commands the most revenue, drives the highest CPMs, and monetizes the best.”

That’s why you’re seeing more and more video advertising on YouTube, on websites like VentureBeat, and on online video news sites around the web. For Facebook, which now has over one million advertisers and has already built two billion connections between brands and people, video offers a massive opportunity to increase revenue significantly.

And if Facebook’s 15-second ads perfectly match Instagram’s new 15-second video length, the company is killing two birds with one stone by building a revenue model for Instagram at the same time it enhances Facebook’s own. After all, to this point, the billion-dollar Instagram acquisition has not returned any revenue to Facebook.

That looks like it could be about to change — 15 seconds at a time.