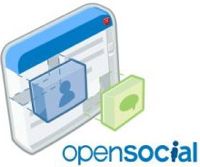 As predicted, Yahoo has joined the OpenSocial initiative, which Google and many partners launched last October to set standards for third-party developer applications that run across social networks. What wasn’t expected is the follow-up move — the formation of the non-profit OpenSocial Foundation with Google, Yahoo and MySpace as founding members. This foundation is meant to ensure that OpenSocial standards remain truly neutral and beneficial to third-party application developers.

The move was caused, at least in part, by a desire to mitigate any developers’ or partners’ perceptions that Google (or Yahoo or MySpace) will use OpenSocial for its own benefit. Google, in fact, is donating the OpenSocial trademark and web site to the foundation. Each partner has agreed not to patent any of the standards on their own.

It isn’t exactly clear yet how the foundation will function. For one thing, the OpenSocial Foundation still has to draft its charter and appoint a board — the companies say it will be set up within the next 90 days.

OpenSocial is widely seen as a competitor to Facebook, which says it doesn’t intend to join. The other problem is that OpenSocial itself is still getting off the ground. Some networks, like Bebo, have developed platforms that allow both Facebook applications and OpenSocial applications to run. Others, like MySpace, are launching very slowly, and have yet to live up to their promise to create the same opportunities for application growth as Facebook.

Today’s news is another step towards helping everybody work together, but OpenSocial still has to prove that it matters to developers and users. Read our initial OpenSocial coverage here.