Panasonic showed its concept car of the future at its CES 2017 press event. Since the cars will be autonomous, they won’t need to look or function like today’s vehicles. Instead, Panasonic believes the future car will be like a spacious cabin, where passengers sit inside a round bubble.

The idea is not so different from Google’s prototype for a self-driving car. You no longer need to have the driver facing the front all of the time, holding a steering wheel and operating a brake pedal and gas pedal. Now you can regain a lot of space in the car, purely for comfort or adding more passengers.

One of the cool parts of the vision is that the car’s windows will have augmented reality capability, so that you can see screens and other images on the glass. There’s a 4K tablet screen in the middle of the cabin. 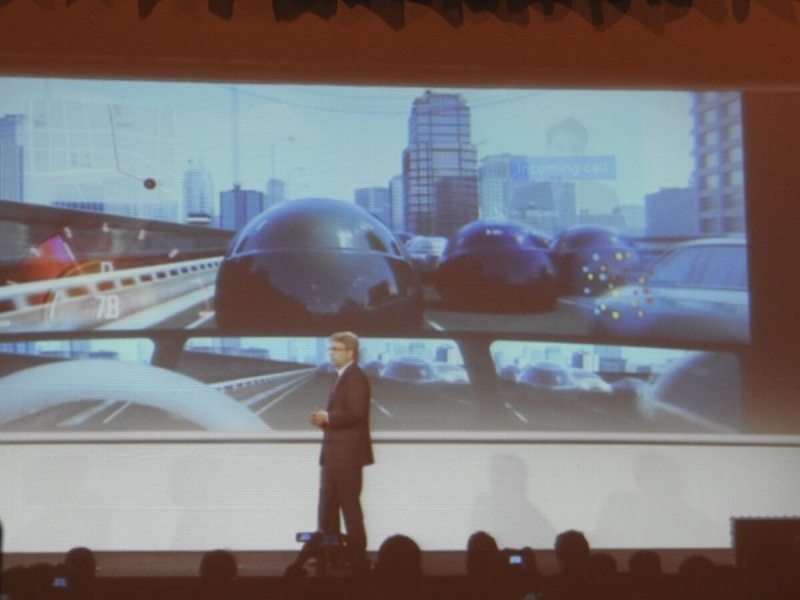 Above: Panasonic concept car at CES 2017.

The company is creating a connected highway in Denver. In Japan, it is creating smart highways and taking some of those technologies to Colorado to enable more self-driving cars. Over 35,000 Americans died in car crashes last year, and Panasonic said it wants to put an end to that.

It’s going to take quite a while before I could be comfortable riding in a car like this one. I don’t see how the human driver could recover in an emergency and take control of the car. In electronics we trust. 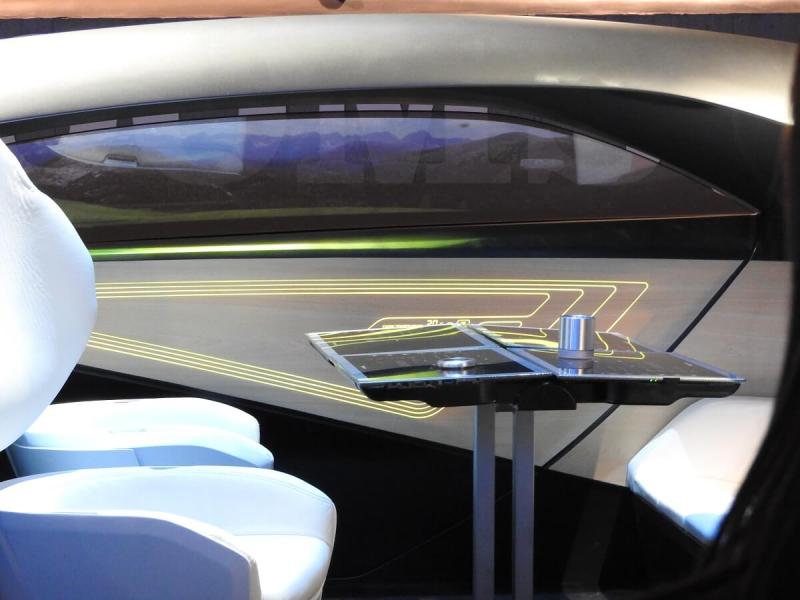 Above: Interior of Panasonic’s concept car for autonomous driving.