Uber has confirmed rumors that it’s building out its presence in the Middle East, Africa, and Asia by acquiring Dubai-based ride-hailing service Careem.

Reports first surfaced that Uber was in advanced talks to buy Careem last month, and the weekend brought fresh rumors that a deal was soon to be announced. Today, Uber revealed that it is buying Careem in a deal worth $3.1 billion — a combination of $1.4 billion in cash and $1.7 billion in convertible notes.

In an email to employees, Uber CEO Dara Khosrowshahi said that while Careem would become a wholly owned subsidiary, it would operate independently, with Careem cofounder and CEO Mudassir Sheikha remaining at the helm. “I’ve gotten to know both cofounders, Mudassir and Magnus Olsson, and what they have built is truly extraordinary,” Khosrowshahi said. “They are first-class entrepreneurs who share our platform vision.”

The decision to keep the brands separate is also a sign of Careem’s strength in its current markets.

“I expect many of you will ask how we arrived at this structure, meaning allowing Careem to maintain an independent brand and operate separately,” Khosrowshahi added. “After careful consideration, we decided that this framework has the advantage of letting us build new products and try new ideas across not one, but two, strong brands, with strong operators within each.”

While Uber has historically held the largest global footprint of any ride-hailing company, it has struggled to gain traction in key markets where local players rule the roost — and has ultimately retreated from a number of regions. Back in 2016, Uber sold its Chinese arm to local etaxi giant Didi Chuxing in a $35 billion deal, before joining forces with Yandex.taxi in Eastern Europe and offloading its Southeast Asian operations to Grab exactly a year ago.

With today’s announcement, Uber is bucking this trend and grabbing a foothold in new markets. 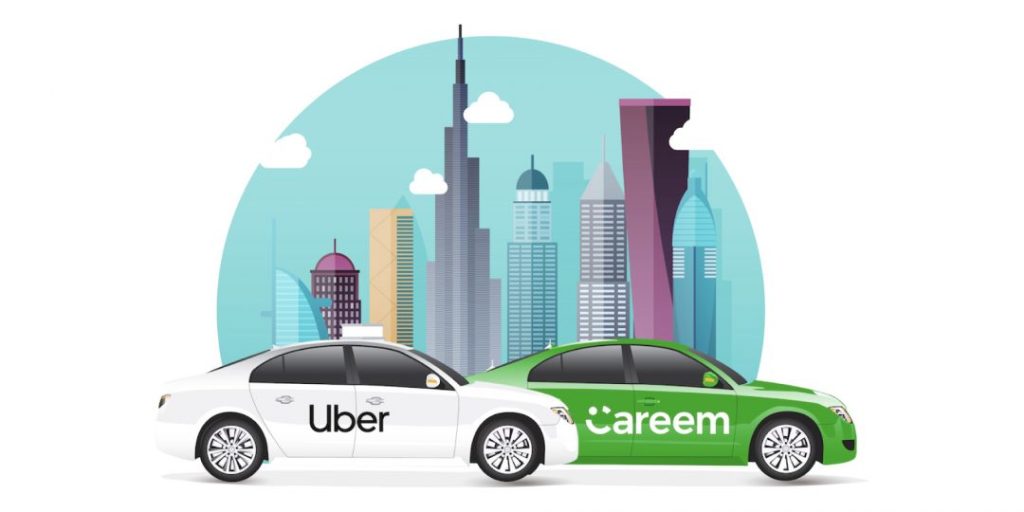 With Uber preparing for its initial public offering (IPO), the San Francisco company is seeking new avenues for growth, and Careem offers exactly that.

Founded out of Dubai in 2012, Careem today claims more than 30 million users and 1 million drivers spread across 14 markets: the United Arab Emirates (UAE), Qatar, Saudi Arabia, Bahrain, Lebanon, Pakistan, Kuwait, Egypt, Morocco, Jordan, Turkey, Palestine, Iraq, and Sudan. The company has raised around $770 million since its inception, with big-name backers including China’s Didi Chuxing, which has previously invested in other ride-hailing services, such as Lyft and India’s Ola.

Careem has been following a similar growth model to that of Uber. While its core business is ride-hailing, it is using the underlying transport network infrastructure to expand into related services, including food and pharmaceutical deliveries. That side of Careem’s business is still in an embryonic stage, but Uber sees the growth potential in pooling platforms and resources in the more than a dozen regions that collectively cover around 600 million people.

“Over time, by integrating parts of our networks, we can operate more efficiently; achieve even lower wait times; expand new products, like high-capacity vehicles and payments; and quicken the already remarkable pace of innovation in the region,” Khosrowshahi added.

Consolidation has long played a big part in the global ride-hailing industry. Other notable deals include Daimler’s MyTaxi merging with the U.K.’s Hailo before going on to snap up Taxibeat, which has a presence in Greece and Latin America. Last month, rivals BMW and Daimler launched a new $1 billion urban mobility joint venture, following the merger of their various ride-hailing and car-sharing businesses.

It’s clear that Uber has faced increased competition around the world, with Didi Chuxing last year expanding into Mexico, one of Uber’s strongholds. The decision to snap up Careem puts Uber back on the offensive — it doesn’t want to give away any more of its business to competitors, and it is wary of losing more ground as it prepares for life as a public company.

Uber said it expects the Careem acquisition to close in Q1 2020, but don’t be surprised if the deal faces significant scrutiny in some markets. Uber and Grab were slapped with a big fine and restrictions by anti-competition regulators in Singapore.