The pandemic significantly accelerated the growth of the mobile app market. In 2020, users downloaded 218 billion apps across platforms including Android and iOS. Those apps could generate $935 billion in revenue by 2023, according to Statista. But app development is fraught with hurdles that can hurt a brand’s reputation. A Think Storage Now report found that 70% of mobile app users will abandon an app if it takes too long to load.

Against this backdrop, Bitrise, a platform for mobile app development, today announced that it raised $60 million in a series C round led by Insight Partners with participation from Partech, Open Ocean, Lobito, Fiedler Capital, and Y Combinator. The tranche, which brings Bitrise’s total raised to nearly $100 million, will be used to expand the company’s customer reach while supporting R&D, CEO Barnabas Birmacher said. 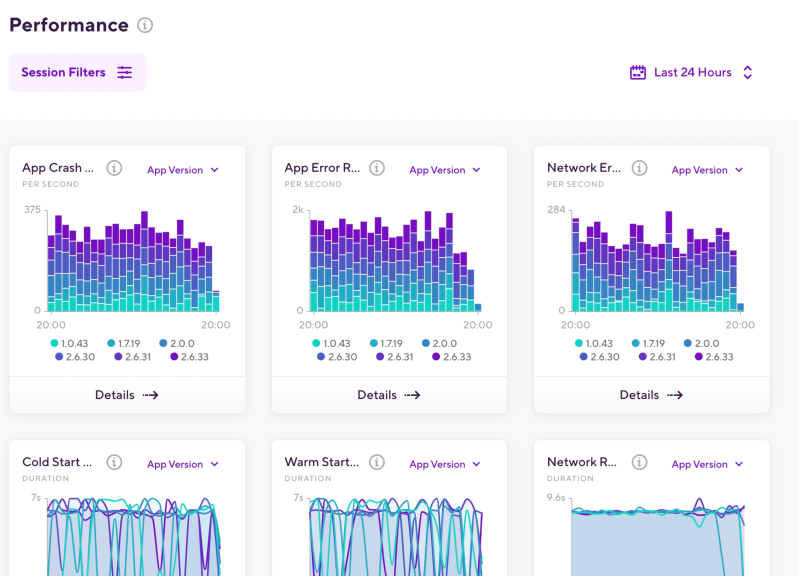 “There’s been a lot of talk about the impact of the pandemic on mobile adoption, and that’s also what we saw. Over the last two years, we went from mostly catering to very mobile-savvy teams to seeing massive ‘traditional’ enterprises fully commit to building in-house mobile teams that are increasingly sophisticated,” Birmacher told VentureBeat via email. “From those same customers, we hear that this is a direct result of the huge increase in importance of mobile for their business success. There’s no more putting off investment, or half-assing an effort. They are seeing that, regardless of how big or established they are, doing mobile right is a matter of surviving and thriving as a business.”

Budapest, Hungary-based Bitrise, a Y Combinator graduate, was founded in 2014 by Birmacher, Daniel Balla, and Viktor Benei. Benei and Birmacher were previously iOS app developers at Canecom, a mobile and chatbot development studio with offices in Budapest and San Diego, California.

“We founded Bitrise after running our own mobile development agency for several years. We had seen how much time and energy was wasted on things like tooling and manual tasks, rather than on the creative and experience aspects of mobile products,” Birmacher said. “Our journey started as a way to solve our own problems, and quickly progressed into us solving problems for many of the largest organizations around the world … [With] Bitrise, teams don’t have to worry about supporting complicated hardware and software that wasn’t built for mobile, and therefore breaks continuously.”

Bitrise supports a range of platforms and frameworks including iOS, macOS, Android, Xamarin, Ionic, Cordova, React Native, and Flutter, with block-based workflows that can be rebuilt, specified for repeat stages, and connected together. A smart cache configures caching at setup for all dependencies, and every build runs in its own virtual machine that discards data at the end of the build.

“Only a percent of the top 1% of mobile companies are equipped to reach critical adoption. Right now, success in the app stores is less about whether an app is good and more about how much a company’s able to spend on rockstar talent and keeping up with the complexities of mobile,” Birmacher said. “Another issue is that many companies are currently trying to house mobile operations under their traditional DevOps teams, but traditional DevOps teams lack awareness of the complexities of mobile development. Mobile growth is now outpacing that of other software applications, so it really can’t be an afterthought.”

In 2020, Research and Markets pegged the mobile app development platforms market in the U.S. at an astonishing $2.4 trillion. Bitrise has a portion cornered, with over 100,000 developers across more than 6,000 customers including Bose, Virgin Mobile, Grindr, Mozilla, and Philips Hue.

Bitrise claims that it’s on track to double revenue year-over-year in 2021.

“We’re investing heavily in building out our larger mobile DevOps ecosystem, which includes our CI/CD platform, our partner network, and user community … And — obviously — we’re hiring talent from around the world to help us deliver on that ambition,” Birmacher said. “We’ve recently launched Bitrise Insights, a build performance monitoring layer that shows teams exactly how their Bitrise builds are performing, and where they could improve. Our ambition is to expand Insights’ capabilities to include — first — broader mobile engineering performance, but — eventually — pinpoint bottlenecks and suggest improvements across the entire mobile DevOps lifecycle.”

But among others, 160-employee Bitrise has a rival in St. Louis, Missouri-based Adalo, a no-code environment for building cross-platform mobile and web apps. Agencies like Chop Dawg also compete with Bitrise — at least in the eyes of potential customers who prefer a less hands-on, more managed approach.