Ditto, a platform that automatically syncs data across smartphones, internet of things (IoT) devices, and servers peer-to-peer, today announced that it secured $9 million in seed funding from True Ventures and Amity Ventures. The company will use the proceeds to grow its platform as well as hire new engineering talent, according to CEO Adam Fish, as Ditto expands its customer acquisition efforts.

As data becomes more distributed, entrepreneurs like Fish argue that traditional client-server software architectures can no longer effectively support it. For example, he says, during large sporting events with heavy congestion, software reliant on cellular or Wi-Fi connectivity can lose the data needed to report on ticket sales and fulfilment.

The pandemic — and the resulting digital transformation across industries — has exposed vulnerabilities and inequalities in infrastructure around the world, to Fish’s point. A 2020 survey conducted by the Office for Students found that 52% of U.S. students were hampered in their learning by an unreliable internet connection. And in total, 3.7 billion people have no internet access — in part due to a lack of affordable options. A gigabyte of data costs nearly 40% of the average monthly wage in sub-Saharan Africa.

“Everyone on the planet not only has a web browser [these days], but also mobile, server, and IoT apps all throughout their lives,” Fish told VentureBeat via email. “But today’s apps are incredibly reliant on a stable internet connection, and if the connectivity flickers just a little bit, the apps either break or you lose data. Since people are so dependent on devices, this compounds a monumental amount of cost, productivity, and customer experience.”

Fish previously cofounded Roobiq, a customer relationship management app that integrates with Salesforce to create contextual reminders and automate data entry. He later served as VP of product at Realm, an open source mobile database, which was acquired by MongoDB in 2019 for $39 million.

Drawing on his work with database technologies, Fish and cofounder Max Alexander created software that enables devices to sync data in real time, securely, using a combination of Bluetooth, ad hoc Wi-Fi, and local area networks. Hardware running Ditto’s services finds and connects to other Ditto-enabled hardware automatically to sync changes, with or without an internet connection.

“We founded Ditto to build a platform where developers could build apps for web, mobile, server, and IoT that could [sync] data in real time and even without an internet connection. Previously, [Alexander and I] worked together at Realm, [where our] experience as app developers demonstrated that there needs to be a better way to transfer data, especially in mission critical situations,” Fish said. 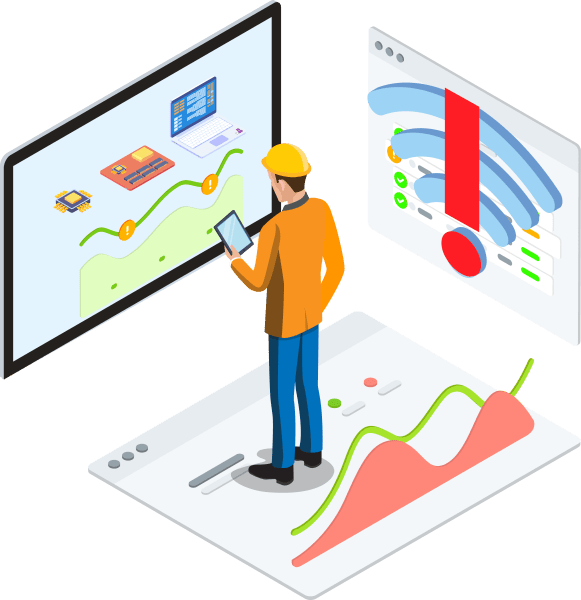 Ditto supports offline caching, concurrent edits, and conflict resolution across environments including iOS, Android, and server-side apps. As the company explains on its website: “Install Ditto into your application, then use the APIs to read and write data into its storage system, and it will then automatically sync any changes to other devices … Ditto automatically chooses the best transport to sync data from point to point, [and in] the event a device cannot reach a ‘big peer,’ ‘small peers’ can still communicate and exchange data … One device can proxy changes from a mesh network to the cloud. If even one small peer is connected to the internet, all data will be synced to the cloud peer.”

Gartner Research VP Jason Wong told VentureBeat via email, “Ditto offers interesting new technology that could open up the possibilities for peer-to-peer app use cases across devices. We have seen use cases for this in disaster recovery scenarios where networks are down and in mining environments for workers to collaborate and communicate. The offline, peer-to-peer needs are rather niche at the moment, but the potential with edge IoT devices and smart equipment could drive more use cases.”

Ditto can support a range of use cases, according to Fish, in sectors like manufacturing, retail, and health care. In a hospital, for example, Ditto’s software could help with automatic fallback and reconnection, offline telemetry, and asset tracking. Fish envisions patient monitoring devices automatically falling back to nearby devices if a server or network becomes unavailable, ensuring data is preserved.

For the aviation industry, Ditto offers a solution called SkyService, a set of premade user interface components designed to help an airline deploy a passenger and crew ordering experience. SkyService’s crew app enables flight attendants to manage menu items, orders, and passenger information while noting aircraft defects and chatting with other crew members. On the passenger side, a menu and ordering experience allows customers to preorder before boarding or during the flight, even while their devices are on airplane mode.

“For commercial use cases, Ditto enables point-of-sale in semi-disconnected environments like in major airlines and restaurants. Major industrial use cases revolve around robots and factory floor devices communicating with each other regardless of Wi-Fi or cellular coverage. For security and defense, it’s all about equipment maintenance tracking and on-field situation awareness with fellow team members in austere environments,” Fish explained. “We have a platform where your average developer can build apps for connected devices that sync data securely even without an internet connection and get your project deployed in a tenth of the time.”

Beyond improving resilience, Fish pitches the startup’s platform as a way for companies to reduce costs and minimize data latency. In a doctor’s office, patient personal devices with Ditto could connect directly to iPads instead of servers. And in a factory, data could be transferred via Ditto through a mesh network to a single device with server connectivity, eliminating the need to equip all devices with a high-speed connection. 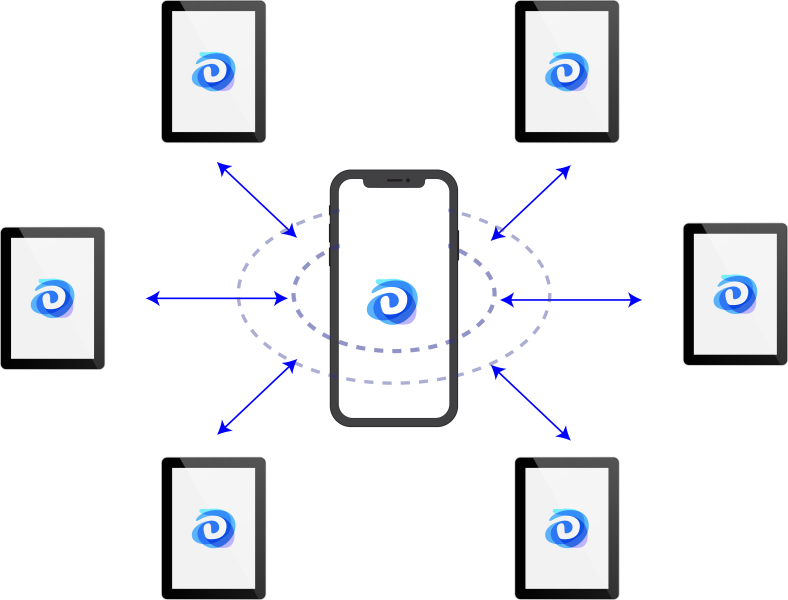 “What is unique about Ditto is that our software combines a novel distributed database with built-in advanced peer-to-peer networking,” Fish said. “Ditto is being rapidly adopted by organizations of all sizes and different industries — such as innovative startups like HugoApp or larger established organizations like Japan Airlines. This translates into millions of end-user devices running Ditto. The company has generated millions in revenue thus far — we are on track to times annual recurring revenue from 2020 and already have commitments in customers’ 2022 budgets to do so again next year.”

Three-year-old Ditto, which is headquartered in San Francisco, California, has 25 employees. It expects to increase its headcount to 30 by the end of the year.