Change.org, a boot-strapped San Francisco social networking company that seeks to help motivate you for good causes, has launched its “politics” feature.

The launch is perfect timing for the upcoming presidential primaries, but it is meant to serve a permanent cycle of political engagement. Also, it gets to market before its flashier competitor, Project Agape. Project Agape, yet to launch, lets people mobilize and raise funds for causes (we had a sneak peak). That company is co-founded by entrepreneur Sean Parker and has venture backing of more than $2 million.

Change.org is less polished, and scrappier — but it has a good chance because people are passionate about politics. Here’s how it works: You search its database for a cause, for example “net neutrality,” or “global warming.” Change.org then shows you the causes in those subject areas that the existing user community has prioritized. It also shows you news items, and the person who first created the “cause”. If there’s a cause you believe in, you can create your own cause.

Take, for example, global warming (image shown below). Change.org shows the top three anti-global warming groups, as voted by its existing community: The League of Conservation Voters, Greenpeace and the Nature Conservancy. If you want to “vote” for the cause, Change.org suggests you donate money to each one of these top-ranked groups. You don’t have to — you can donate to a single group or pick a group lower down on the list — but the idea is to pick the top three picked by the community (the community collectively makes better decisions, so the logic goes).

It shows you profiles of people who have donated the most, and the number of votes (corresponding to donations) each topic has gotten.

Change launched a non-profit side of its service a few months ago, but didn’t push the sort of viral marketing tactics that it unleashes tomorrow. Like Tagged, Facebook, Flixster and MySpace in its early days, Change.org will hit you with a viral campaign when you register. It automatically suggests you invite your friends. Founder Ben Rattray, a former political consultant in Washington, DC, said he has a team of six, and he is looking for a first round of venture funding.

For certain causes, such as net neutrality, Change.org’s top results are the campaigns of politicians partial to the cause. So Change.org effectively creates a political slate, encouraging people to donate to those politicians. In some cases, Change.org picks out an anti-politician to oppose. For net neutrality, for example, it recommends a donation to the opponent of Alaska Senator Ted Stevens, who is notoriously ignorant on the subject. 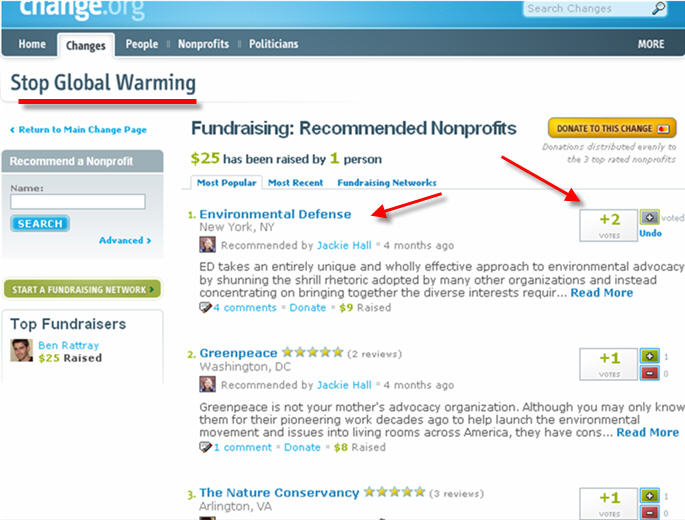 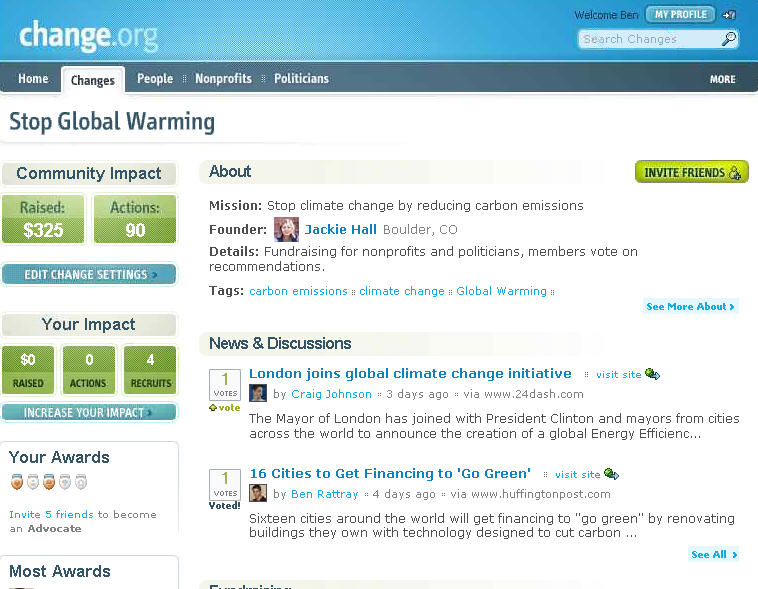 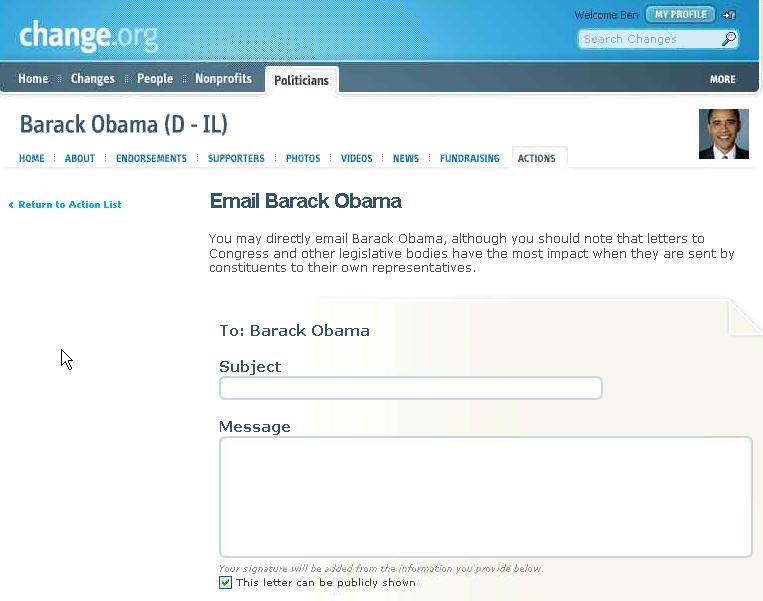 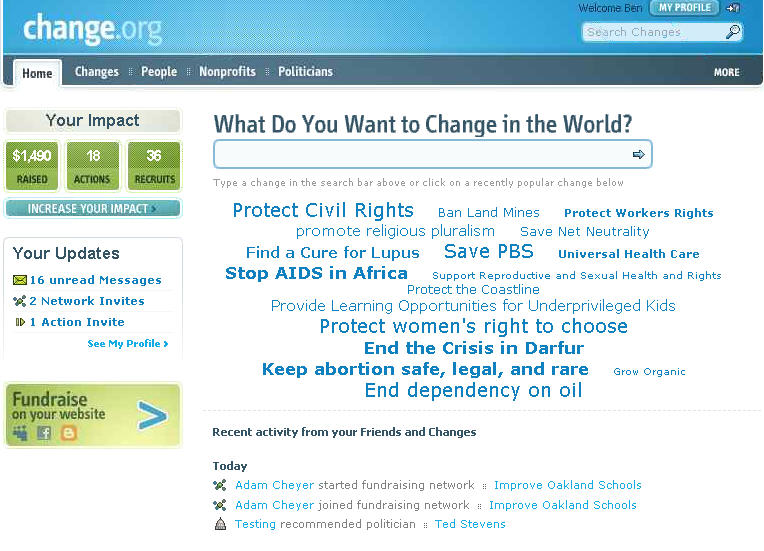