Plaxo, the online address book, will try to recreate itself as an open social network called “Pulse” beginning Monday.

In retrospect, you should have seen this coming. Plaxo is primed for this.

The Mountain View, Calif. company tells us it has 15 million people with registered accounts (we’re not sure how many of those are active). Many of those users, in turn, have imported their contact information from other services, such as Hotmail, AIM and Gmail — giving Plaxo an even larger reach than its registered numbers.

It’s no wonder it now wants to move beyond being an empty shell of contact information.

With Pulse (screenshots at bottom), each Plaxo user will be able to view their existing contact lists organized according to business, friends, family and other categories. It also includes a view of a stream of RSS feeds people whose contact information you already have in Plaxo.

Pulse uses Plaxo’s existing method of sorting contacts into business, friends, family members and other categories. The company launched a calendar service in late June that we noted looked similar to the event management feature of Facebook.

Plaxo has taken another step in that direction — the running stream of RSS feeds imitates Facebook’s news feed.

While Facebook displays all internal information about friends’ activities within Facebook, Plaxo will display RSS feeds from a wide range of popular web sites, including Amazon, Flickr,YouTube, LiveJournal and many, many others.

However, the division of contacts by type is a feature many Facebook users have wished for as their social, work and family networks blur.

The service is straightforward, from what we can see in these screenshots, below.

Scoble talked to Plaxo about it last night: He and his commenters have a lot more to say. 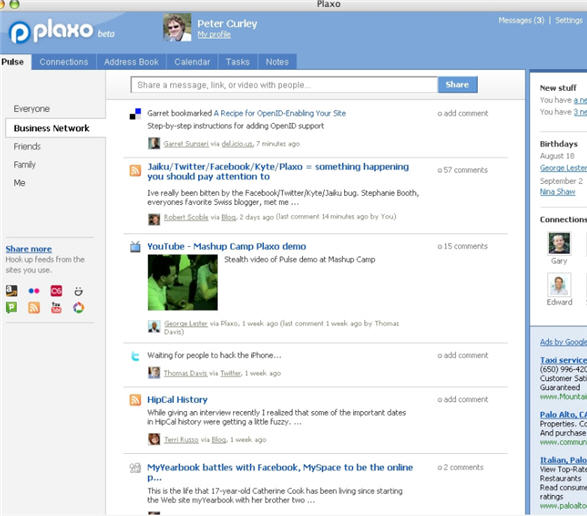 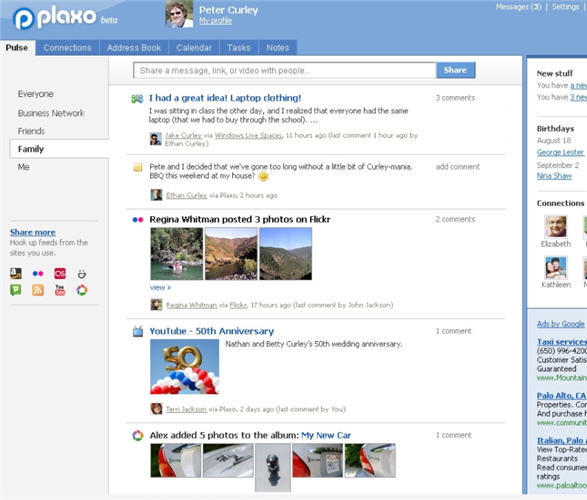 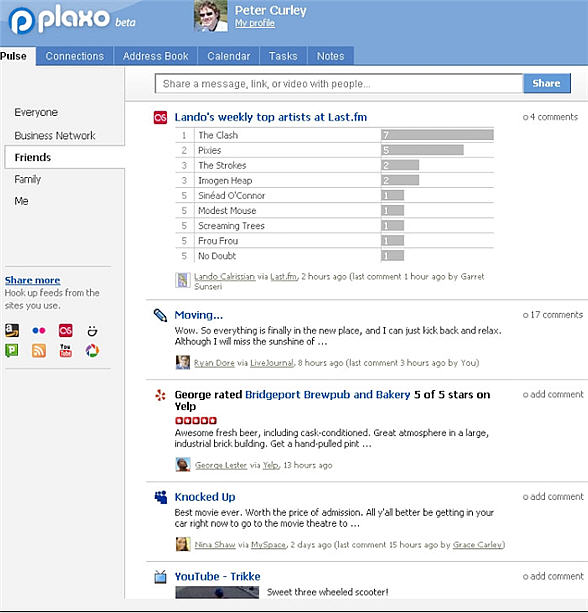