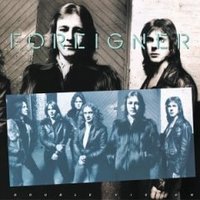 When news that the brand-new startup Ophthotech had raised a $36 million first round broke on Monday, it was clear that the venture amounted to a kind of do-over for officials of the late, unlamented Eyetech Pharmaceuticals. Eyetech, you might recall, burst onto the scene with a rocket-science aptamer-based blindness drug called Macugen and a flashy $157 million IPO, then proceeded to get its head handed to it by even better rocket science from Genentech, and eventually sold itself ignominiously to OSI Pharmaceuticals for a lower share price than its IPO (a deal that apparently worked out even less well for OSI).

I didn’t write any of this at the time, however, and in the meantime several others have made a number of interesting observations about Ophthotech’s emergence, not to mention noting some eerie historical parallels. Fred Cohen at Pharma’s Cutting Edge offered this acerbic interpretation:

OSI is now divesting its eye business. As part of the divestiture, OSI has licensed its apatemer targeting PDGF (a related angiogenic peptide) to newly formed Ophthotech. Ophthotech has also licensed development and marketing rights to Archemix’s aptamer targeting the C5 component of complement (an inflammation factor). As you’ll read, Ophthotech is staffed largely by former Eyetech execs. It’s a chance for them to do it all over again. Perhaps this time around they will not sell out the early public-market investors by dumping the firm below its IPO price, while reserving a tidy sum for themselves.

But to really head through the looking glass, you have to turn to the In Vivo blog, where Chris Morrison writes:

SV Life Sciences, HBM BioVentures, and Novo AS have just funded an ophthlamology start-up with a $36 million Series A that will pay for the acquisition of two interesting drug candidates. Didn’t that happen last year? It sure did, in May 2006. The company was Lux BioSciences.

OK, how about this: David Guyer, MD, and Samir Patel, MD, have teamed up as founders of an ophthalmology specialist based on in-licensed aptamer drugs and hope to make headway in the tricky macular degeneration space. SV (then Schroder Ventures Life Sciences) was an early investor. No, no, no, that was way back in 2000. Eyetech, right? Absolutely.

Guyer is now chairman of Ophthotech and Patel is CEO. Morrison goes on to note that Ophthotech has licensed an aptamer against platelet-derived growth factor from none other than OSI, which, of course, originally acquired it from… Eyetech. A second deal brought in more aptamers from Archemix (see our coverage), which bought Gilead Sciences’ aptamer technology in 2001, gaining control of everything but… the aptamer that Gilead licensed to Eyetech, which became Macugen.

Morrison rightly wonders why all the technology and money now flowing into Ophthotech didn’t go to Lux BioSciences instead. The answer, he suggests, may simply be that Big Pharma’s hunger for biotech — and its tendency to pay top dollar — has convinced VCs that they’re better off spreading their eggs among as many baskets as possible.

Or, as Morrison puts it:

Oddly enough, only a few years ago, it would have been a sure thing to keep all these assets under one corporate roof, because the VCs would have been hoping for an IPO exit, and investors like to see multiple clinical projects at IPO hopefuls. Now that M&A is the preferred exit, the assets are siloed. For now.