Auctomatic wants to make it easier for eBay’s most active sellers to manage sales. The San Francisco-based company launched its public beta yesterday.

So-called “powersellers” range from self-employed individuals to large firms like Dell. EBay doesn’t offer all the tools needed to manage the process of selling a lot of merchandise at once.

A range of third parties provide software tools designed to streamline the process. The largest, ChannelAdvisor, raised $30 million in May from New Enterprise Associates and other firms.

Below, Kulveer Taggar and Patrick Collison of Auctomatic tell me how they plan to compete against ChannelAdviser and other existing tool-providers.

Auctomatic has raised more than $400,000 in seed money from Y Combinator and other investors, including Paul Buchheit, creator of Google’s Gmail service.

VentureBeat: What’s wrong with the seller experience, as is? Since eBay is so big and established, why hasn’t it solved the problem already?

Kulveer Taggar: The eBay website works fine for the one-off sellers (which is what it was built for). As soon as anyone gets serious about selling, then they have to find software that helps them manage their inventory, listings, feedback, shipping, images, and so on.

To the second part of the question, there’s a big market of tools built around their platform (including eBay’s own tools — companies they purchased), but there’s lots of opportunity internationally, for seller optimization, and the ongoing efforts of Amazon and Google in e-commerce.

VB: How is this a big problem and what are you doing differently — since there are other third-party powerseller tool providers?

KT: Power-sellers bring in over $1 billion per month in gross merchandise value in the US alone. There are third parties that provide tools and make in the millions of revenue, but people tell us our user interface is a big improvement. Also, our back-end technology allows us to build new features much faster than the others.

For example, nobody builds good statistics support — the big toolmakers require that you use software provided by other third parties, and then manually cross-reference the results. We automatically generate statistics based on every view of any of your auctions, and integrate the results of that analysis into the app. 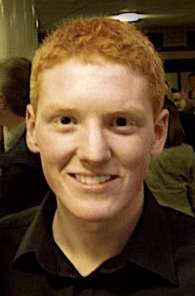 Patrick Collison: Ultimately, we want to rapidly build whatever it is that power-sellers need.

To do this, we use a lot of Smalltalk [a relatively obscure language; database startup Dabble DB is perhaps the best-known example of its use on the web]. Ultimately, it all comes down to being able to iterate and react faster, and Smalltalk puts us in a good position to do this — with our technology stack, we’re pretty confident we can out-develop our biggest competitor (which has more than 100 developers).

In Smalltalk, things that they’ve had for decades but are still absent elsewhere (like the interactive environment) really to turn out to be a big deal. A good example of this is data importing from eBay or other third party tools. It’s an inexact science. If someone encounters a problem importing their data (i.e., something we haven’t seen before in a test environment), instead of just giving up, we can log into their account and run a debug session right there and then, as they’re waiting on their browser to complete the request.

Or take international support. It has taken most of our competitors years to get anywhere with it. We implemented it in less than a week.

We definitely had to invest more in the set up — it’s not Rails [a popular programming language], where it’s most all ready for you. We had to build a lot of it ourself, and that took some time — but we’re definitely glad that we did.

VB: There’s a lot of buzz — at least in Silicon Valley — about developer platforms, at least for social networks. How’s eBay’s e-commerce platform for third parties?

KT: The last numbers I saw were that 56% of all ebay.com listings come through the API [application programming interface] and this number itself is growing at 27 percent, year-over-year. EBay’s international API markets are still open for growth, for a tools company like us.

I’d say that growth in API usage is because of the maturing of the platform (it’s been around for many years) and that the platform companies are doing better: There are now lots of people making money off the eBay platform, meaning there’s a lot of business for us to tap into. [Note: eBay as a company is doing quite well, aside from the write-down on Skype last quarter.]

In the early days, eBay couldn’t make up its mind about being a platform. They would charge for the API. That’s all changed: The API became free in 2005 and eBay made the decision that they were not really a software company, though on that last point, that’s my speculation.

Ultimately, I think they realise that having an open platform benefits them because it translates to more activity. Now, there’s a lot of internal support for the platform, with more resources being allocated towards it.

VB: Do you think any other marketplaces will be able to compete against this move? Example: what if Amazon decides to offer a competing marketplace? What about Facebook’s new API for its marketplace? How would that affect you? Would you look to integrate powerseller tools with other such marketplaces? KT: I hear that Amazon is going to get aggressive with the “Merchants at Amazon” program, which will replace their marketplace. We’d definitely look to integrate with those marketplaces.

Facebook marketplace: It’d be interesting to experiment with different ways of making e-commerce [applications that make use of Facebook’s social data.] We may apply to the FB Fund to that end [a Facebook-run grant program to finance outside developers in building interesting new applications on the site].

This talk of platforms should also include Google. We spoke to some of their people at eBay Live and they were very keen for us to integrate with Google Product Search — I’ve heard that 30 percent of all their searches are product searches. With google, it’d be interesting to let power-sellers buy their own traffic, though that’s likely a long way off for us.

VB: Tell me more about the international market, especially versus the US market. What are you seeing and how are you adapting?
KT: I think international users have been less well served by the other third-party tools companies as obviously the US companies have targeted the US market, which is about 50 percent of eBay overall.

So yes, a customised solution for UK/Ireland, Germany, India and other markets is a distinct possibility. We know of some British power-sellers who pay hundreds of pounds to have their accounts sync with eBay because all the US solutions obviously work with US accounting software. That’s a pain we’re looking to eliminate.

[Disclosure: I am personal friends with people in the company.]