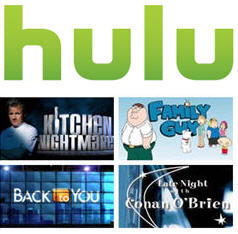 Hulu, the NBC Universal-News Corp. joint venture designed to compete with video site YouTube, has launched a testing version of its site. But it is more of an anti-YouTube than a competitor, because it focuses less on user-generated content.

It comes after months of delay. NBC withdrew its video channel from YouTube last week, and also ditched Apple’s iTunes in favor of Amazon’s music service.

Hulu will be the exclusive online provider of videos from NBC and News Corp, and it will then syndicate the material to other sites, including AOL, MSN, MySpace, and Yahoo, but apparently not YouTube.

Hulu got $100 million in backing from Providence Equity Partners, and arose because of animosity from NBC and News Corp toward YouTube, in part because that site kept hosting videos containing copyrighted videos.

NBC had warmed up to YouTube last year, working with the popular video site to promote its videos, until Jeff Zucker took over NBC in February. The company then changed its tune, and filed a lawsuit against YouTube.

You can register at the site, for a trial access.