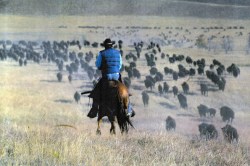 Loophole leaves some clinical-trial volunteers in the dark — A congressional bill that mandates disclosure of clinical-trial results in drug trials apparently doesn’t go far enough, the NYT reports. The bill requires drug and medical-device manufacturers to disclose all trial results for approved products, but not for those which fail well before reaching the market. The consequences can be most severe for participants in medical-device trials, who may never learn if their permanent implants were ever found to work or not.

Widespread newborn genetic testing and its unexpected consequences — All 50 states now mandate testing of newborn infants for several inherited diseases, many of which can be alleviated by prompt changes in newborn diet or other interventions. But the rapid spread of such testing highlights shortcomings in the system, the WSJ reports. More screening means a greater number of mistakes, especially false alarms, and has also highlighted the fact that many doctors are unprepared to deal with a diagnosis of these rare diseases. Resources are also often scarce for parents suddenly forced to deal with their infant’s scary and little-understood health condition.

Company draws fire for “personalized” stem-cell offer — StemLifeLine, a San Carlos, Calif., biotech, offers to create “personalized” stem cells from spare embryos left over from in-vitro fertilization, claiming that they may be useful should a family member develop a serious medical condition, the San Francisco Chronicle reports. The claim, of course, is nonsense, and has been denounced by anti-abortion protestors and stem-cell researchers alike. Any stem cells the company can produce — and the odds are long that any given couples’ leftover embryos will yield a viable line — won’t be genetically matched to anyone else in the family. Plus, of course, there may be no stem-cell therapies for decades, by which time any frozen stem-cells may well be useless.

Life-science companies now favor Democrats with donations — Hospitals, drug makers, insurers and doctors have given $6.5 million to Democratic presidential candidates in the first nine months of this year, compared to only $4.8 million for Republicans, the NYT reports. That’s a reversal from previous election cycles, and comes despite Democratic healthcare-reform proposals that worry much of the industry. The shift almost certainly reflects the apparently likelihood that the Dems will recapture the White House next year, with much of the life-science industry scrambling to ensure that it won’t be left in the cold should that transition occur.

Massachusetts governor pushes for $1 billion biotech plan — Massachusetts Governor Deval Patrick is pushing the state legislature to approve his $1 billion, 10-year plan to bolster biotech and stem-cell research in the state, the Boston Globe reports. (See our earlier coverage here.) Lawmakers appeared generally supportive, although some questioned whether the state can afford the commitment.

The evidence is in: GPC Biotech’s satraplatin fails to boost survival — GPC is a public company, and so normally wouldn’t warrant coverage here. But its platinum-based chemotherapy drug briefly became a cause celebre among those who believe the FDA has grown so cautious that it is effectively consigning cancer patients to death (see, for instance, a WSJ op-ed by Pharmacyclics CEO Richard Miller here). Well, the FDA waited instead of allowing accelerated approval, and what do you know — the drug doesn’t work after all. The In Vivo blog has more here.

More questions for Genentech about Avastin — David Williams, a biotech consultant, is on the warpath regarding Genentech and its recent moves to restrict distribution of its cancer drug Avastin — now also used as a cheap treatment for blinding eye disease. Williams not only dug up an FDA letter that seems to undercut some of Genentech’s recent assertions, he’s pursuing further questions with both the company and the FDA. See his latest post here; our earlier coverage is here and here.