It was started by eGroups founder and Google architect Scott Hassan, and has made its robotic platform open source to encourage other developers to help. 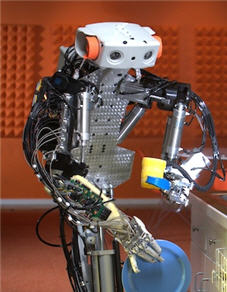 Today, it said it got $850,000 to Stanford University’s Computer Science Lab, which is also developing open-source software for personal robots. They’re working together on a robot named PR2 (pictured top, and similar in name to the beloved R2D2). See full story here, from CNET’s Stefanie Olsen. Willow Garage is based in Menlo Park, Calif.

PR2 is up against some competitors, such as Honda’s robot Asimo, and Mountain View, Calif.’s Anybots, which has made Dexter (second image). In fact, now that we mention it, check out Dexter’s latest improvements. He’s looking much slicker than when we last wrote about him in March. PR2 may be cute, but Dexter looks much more dexterous. And Asimo may in fact win on the looks front (image at bottom). 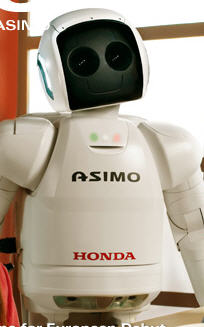