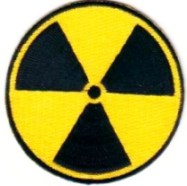 Nuclear power is a bit of a land mine in the field of clean technology. Mention it in any given room of environmentalists, and opinions will explode. Some say nuclear’s terminally unsafe. Others say it’s the only true cleantech solution.

Detractors have kept nuclear innovation limited for years. However, increasing demand for non-carbon-dioxide-emitting, high-output electricity generation has put nuclear back on the front burner. And projects like Hyperion Power Generation are showing that new ideas are potentially ripe for investment.

Despite the nuclear market’s many regulatory restraints, Hyperion expects to be able to privatize technology developed at Los Alamos National Laboratory, in its home state of New Mexico. The company hopes to build and sell thousands of what it calls nuclear “batteries” — essentially small, self-contained reactors that produce about 27 megawatts of electricity for a period of several years. 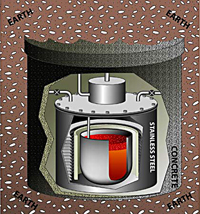 The idea behind Hyperion’s generators is that small towns or villages could install a unit to handle all their local power needs. The technology could especially find demand in remote locations like oil fields or the developing world, where many localities are not yet on the grid.

The company says the material it uses, uranium hydride, is stable and simpler to dispose of than nuclear waste from large-scale reactors. However, critics will point out that, as in Soviet-era lighthouses, under-funded local authorities may simply neglect to remove small nuclear installations once their effective life is done.

Hyperion is not the only company with ideas for small-scale nuclear projects. Another, Adams Atomic Engines, claims to be able to build reactors ranging from 1 megawatt to 50 megawatts. And Toshiba has proposed building a tiny reactor called the 4S to power Galena, Alaska.

Separately, companies like Unistar and AREVA are also making efforts to innovate in nuclear energy, fielding new designs like the so-called evolutionary power reactor. The EPR is a design for a typical commercial reactor capable of producing thousands of megawatts, but with gains in safety and efficiency.

By developing improved nuclear technology, these companies hope to convince more localities that might otherwise build new coal- or gas-fired plants to build nuclear reactors instead.

Governments and utilities may not take much convincing. A couple dozen new plants are already being built worldwide, and uranium prices are over ten times as high as they were a few years ago, with demand running ahead of production.

While the main investors in reactors will of necessity be organizations with plenty of capital — banks, large energy companies and government — new innovations ranging from heightened efficiency to safe disposal leave some room for venture investment.

Hyperion, for example, is backed by a little-known firm called Purple Mountain Ventures. And Venrock Capital’s own Ray Rothrock has written a contributor piece for VentureBeat advocating nuclear investment.

We’ll be interested to see whether nuclear’s potential for non-emitting electricity generation outweighs the concerns of its critics. Heard of an interesting technology? Let us know.