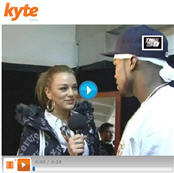 Kyte.tv raises $15M second round — An online startup that offers a video player allowing near-live communications by video, photo and chat, Kyte has picked up some steam online, attracting a decent-sized audience and celebrities like 50 Cent to its service. The $15 million second round was provided by Telefonica, Nokia, DoCoMo, Swisscom, Holtzbrinck and Draper Fisher Jurvetson, according to Robert Scoble. Quite a hefty amount, in comparison to the $2 million investment into live streaming video company, Ustream that we reported in yesterday’s roundup. However, Kyte still has some work to do in competing against newer, sharper-looking rivals like Qik, which says it can stream live video straight from your phone, something Kyte doesn’t quite do (though is working on).

Electric Sheep Company lays off 22 employees — It’s time to cull some lambs from the fold for the Electric Sheep Company, which builds software that third-party companies can add to virtual worlds Second Life. It had planned to build an ad network within these worlds. Instead, it has cut almost a third of its workforce, and is giving up on the ad plans for now. It plans to branch out beyond Second Life to worlds like Metaplace (our coverage). More details are at ClickZ News.

FCC receives applications for 700MHz auctions — More than two hundred applications were filed to bid on the upcoming Federal Communications Commission auction for the 700 Megahertz wireless spectrum, planned to begin January 24th. Although some applicants must correct and finalize their applications, the list contains some notable names — Google, of course, but also Microsoft co-founder Paul Allen’s venture firm Vulcan Capital, and startups like Frontline Wireless (expected). Check out the lists of finished and unfinished applicants yourself for more.

Microsoft signs $500M ad deal with Viacom — Taking a first step toward becoming a viable competitor to Google in the online ad market, Microsoft signed a deal with Viacom that it says is worth about $500 million, over a contract period of five years. Google, in turn, immediately claimed that the deal is proof that Federal anti-trust watchdogs should allow its merger with DoubleClick to go through. Microsoft may well be kicking itself, because as Bloomberg reports, the Federal Trade Commission will likely approve the Google-DoubleClick merger this month (although it must also find approval with European regulators).

NetSuite sets high price for planned IPO — First the expected range for NetSuite’s initial public offering was $13 to $16, then underwriters boosted it to $19 to $22. Now the final price has been set at $26, almost double the original range. That means that Larry Ellison, the billionaire CEO of Oracle whose family owns over 70 percent of the company, will make out like a bandit. NetSuite, of course, is a competitor to Salesforce, whose own stellar performance on the markets likely helped improve NetSuite’s outlook. Ellison was also at one time an early investor in Salesforce, which is now run by a former employee of his, Marc Benioff.

GPS devices becoming cheaper, more ubiquitous — Many GPS devices have dropped below $100, and even the better units often retail for little more than $200. Sales of the devices at local malls are through the roof, according to Dean Takahashi. Cell phones, likewise, are providing an ever-cheaper way to find your way around. Excellent news for the dozens of startups that have sprung up offering to show you the way to the nearest store, friend or event — now the question is, which will come out on top?

VentureBeat’s own Eric Eldon becomes a celebrity — Admittedly, those are the words of Speedddate.com, a dating startup that ran a session with eight “celebrity bloggers.” We (or he) will take the compliment. Way to end those lonely nights of blogging, Eric. 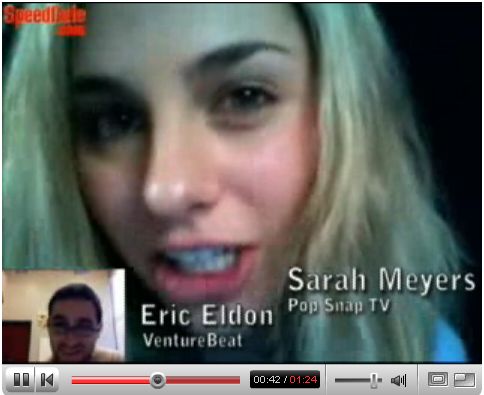