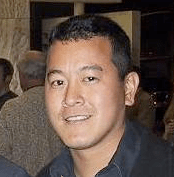 HotOrNot was a standout success when it began in 2000, when many web entrepreneurs were nursing wounds from when the dot-com bubble burst. Its simplicity, subsequent viral growth to millions and ability to keep people returning inspired hits including YouTube as well as Facebook.

You saw a photo of a girl or guy, and you rated them as “hot” or “not.” The site has innovated from that basic theme but never departed from it.

While HotOrNot isn’t disclosing any details about the purchase price, TechCrunch hears that it sold for $20 million.

HotOrNot never took on investment but has made tens of millions over the years. The site started as a place where users could post photos of themselves and rank their fellow users’ photos on a 1 to 10 scale, with 10 being the hottest. It has since expanded to provide for-fee dating services.

More recently, the company experimented with making its service free, a move it then reversed several months later. It also launched a Facebook application last spring that itself is making hundreds of thousands and requires very little work, Hong tells me.

When I asked about future plans, Hong answered that people can expect to see him in cafes a lot more often. “All my life, my parents have called me lazy — and they’re right.” Many successful entrepreneurs are workaholics, and go from selling one company to starting another. Instead, Hong (who has started other companies) says his main goals now are to eat healthier and spend more time at the gym. “24 Hour Fitness, not The Sports Club/LA,” he’s quick to add, “this isn’t going to change who I am.

The purchaser, Toronto, Ontario-based Avid Life Media, will rename HotOrNot to HotOrNot Media, and among other things will try to extend the HotOrNot brand, Hong says, although he didn’t add more details.

Avid Life’s web site describes itself as “a network of targeted niche brands” One of those brands is Ashley Madison (more details here), an extramarital dating site with the tagline “when monogamy becomes monotony.”

Fittingly, Hong describes HotOrNot as “a long relationship — if it’s not right for you in the long run, you should move on.”