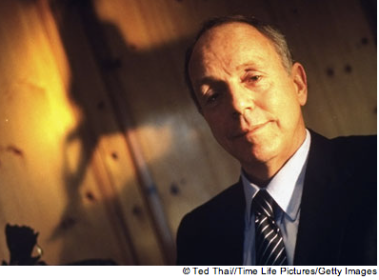 Allen & Co. has built its business on having close, personal, long-term relationships with its clients, especially in the media industry. The firm, founded in the 1920’s is a boutique investment bank that helps companies find business partners, purchasers or investors, and sometimes makes its own investments in clients — not unlike what a late-stage venture firm might do.

The New York-based company, as media industry insiders well know, has been making deals happen in media for decades. It was one of the first investors in Columbia Pictures, for example. It has invested in and done deals for numerous companies including Coca-Cola, News Corp., and even Google. It’s connections are close enough to so many companies that it helps sort out personal issues between media moguls.

In other words, it is both a partner and a competitor to a wide range of financial firms, and it’s busy getting new clients in Silicon Valley. Due to its position astraddle the media world, it promises the inside connections that web startups need, such as advertising deals with large clients.

Meanwhile, newer web startups have been invading traditional media over the past few years, but they’re still navigating the terrain. They’ve created sites where millions of people now spend their time instead of on television or newspapers. Problem is, these companies lack the industry connections and expertise in getting advertisers and content distribution deals that traditional companies have (See Ash’s thoughts on that problem here).

Allen & Co. apparently recognized the problem, and has been actively using its existing connections to tap into the Silicon Valley web scene. To help with networking, for example, it has been inviting the newest crop of executives from prominent Silicon Valley internet companies to attend its annual get-together for the rich and famous of the media world, held every July in Sun Valley, Idaho. Most likely, this is where at least some of the relationships, below, were forged.

Social network Bebo hired Allen & Co. to either raise another round of funding or to sell itself, also last December (our coverage). Rumors continue to swirl around Bebo and its possible acquirers.

Meanwhile, social network widget company Nabbr has taken a direct investment from Allen & Co. — Nabbr works with entertainers and others to promote content on widgets across social networks (our coverage).
Secret investing circles

Allen & Co. is secretive. It doesn’t offer a public web site — or contact information for members of the press to get in touch with it (the company politely declined to speak with me). The firm only very rarely makes public statements on its activities. Perhaps, among other reasons, to keep its powerful connections out of the limelight. It hired former CIA director George Tenet last October, for example, but news only leaked out because the information was accidentally published in another company’s press release. It also has connections with former senator Bill Bradley and other public figures.

A 2004 Fortune article sheds a little more light on the company’s internal workings. The firm was founded in the 1920’s by investor Charles Allen and his brother Herbert. Herbert’s son, Herbert Allen Jr. (pictured, above,), expanded its client list, and eventually passed control to his son, Herbert III, in 2002. As part of the transition, the Allen & Co. corporation created a new, limited-liability company called Allen & Co. LLC, to handle all of its operations, with the original corporation continuing as an investment vehicle worth around $1 billion (as of 2004) in the family’s money. Meanwhile, the LLC started with $40 million in capital, with a number of employees holding shares. Note: Forbes currently values the Allen family at around $2 billion in total (and was the source of the Allen photo).

The Fortune article goes into a little more detail on how the firm figures out who’s investing in what:

Herbert Allen [Jr.] has often described that operation as featuring “circles around circles of investing.” By that he means that when an attractive place to put money surfaces, the firm invests, its people invest, Allens personally invest, until the mind reels at sorting things out.

The firm’s new LLC is partially a way to better organize its active partners, which have their own teams and their own investments in client companies. Before the LLC restructuring, many partners had what one of my sources described as “individual proprietorships.” 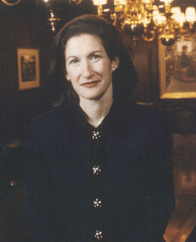 Nancy Peretsman, is one example of a leading, non-family partner, and of particular interest to new media types. She’s a managing director who has focused on new media companies for years. She was named one of Fortune’s 50 most powerful women in business in 2006, and among other things helped broker Google’s $1 billion bid for a 5 percent stake in AOL. More recently, she reportedly helped put together News Corp.’s purchase of Dow Jones (story and photo source here). Notably, she has also been through the first bubble, having helped take online flight ticket broker Priceline.com public in 1998. Vault.com has more fascinating background here, in an article from 2000.
Conclusion: Expect to see the Allen & Co. name popping up more often

As far as new media banking goes, Allen & Co. most directly competes against other boutique investment firms like Montgomery & Company and Savvian. But larger investment banks are looking more seriously at doing private deals, as the IPO market has yet to recover to anything near what it was during the dot-com years. Meanwhile, private equity and late-stage venture firms are looking at taking a stronger roll in deal-making between large companies.

Allen & Co.’s old-media background gives it connections that are valuable to young web companies. But maybe Allen & Co. is a bridge for traditional media companies to learn how to survive online. Bebo offers a platform designed for large media companies to easily syndicate content to its users. Slide hopes to become the largest “media company” in the world, distributing content and ads across millions of its widget users. Digg, meanwhile is a new way for news organizations to gain hundreds of thousands of pageviews on articles, photos and videos.

An early sign of this blending among Allen & Co. clients: Digg users can now access Wall Street Journal articles without having to go through the Journal’s paywall.